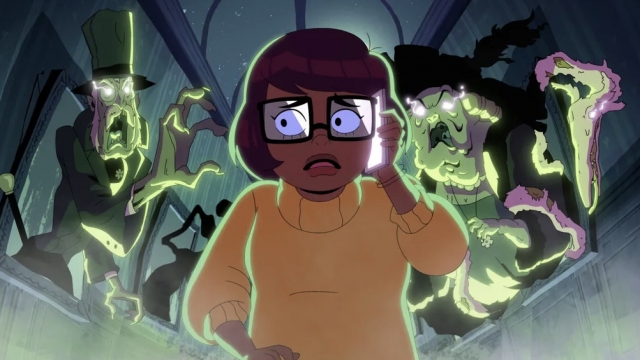 The new adult, animated comedy puts the spotlight on the nerdy and bookish teenage detective Velma Dinkley and the origin of her relationships with the Scooby gang, minus Scooby-Doo.

"Since it's an origin story, I wanted everyone pretty far apart at the beginning, so the fun was seeing them come together," said Charlie Grandy, creator and executive producer of "Velma."

Fans of the original series will recognize Velma, Daphne, Fred and Shaggy — who goes by Norville in the show — and how the show pokes fun at the franchise's familiar quirks.

"For my character, it's like you watch the original Scooby-Doo, and you sort of get the sense that maybe this guy's the kind of guy that, Velma would solve the mystery and then he'd be like, 'I think I know what the answer is!' And then he would say exactly what Velma just said," said Glenn Howerton, who plays Fred.

There's obvious nostalgia in the new series, but it's also included added layers of crude and raunchy humor, more of a focus on the interpersonal relationships of the gang, their home and school life, plus storylines about the characters' romantic relationships and sexualities — which have been speculated about for years by fans and hinted at by other adaptations.

"We wanted the show to kind of work also on that teen drama level of just the loves and the heartbreaks," Grandy said.

"Having crushes, thinking you hate someone when you don't really hate someone... it just makes me think of my teen years, and it was a lot of fun to play," said Constance Wu, who plays Daphne.

"Velma" debuted Jan. 12 on HBO Max, with the rest of its 10-episode season airing into February.