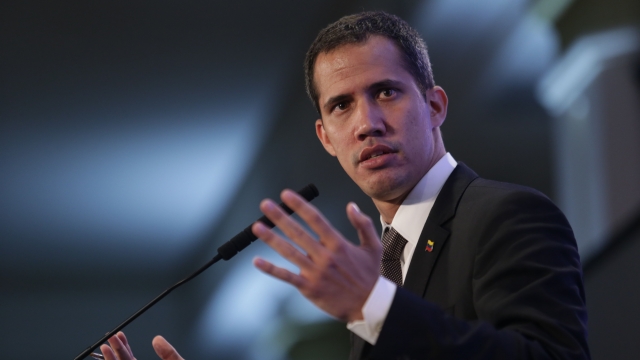 Venezuela's attorney general launched the investigation amid blackouts in the country.

Tensions are rising in Venezuela. Venezuela's top prosecutor launched an investigation into whether Venezuela's opposition leader, Juan Guaidó, had anything to do with the recent blackouts.

Venezuela’s attorney general announced he launched the investigation Tuesday over suspicions that Guaidó was involved in an attack on the country's power grid. Guaidó is already under investigation for allegedly prompting violence.

The majority of the country lost power Thursday evening, which has lead to even more problems like violence and looting, according to the attorney general. Venezuelan President Nicolás Maduro blamed the U.S. for the blackout, while Guaidó blamed the Venezuelan government.

The country is under a political battle. Guaidó declared himself as interim president in January after he claimed Maduro won by rigging the election. Dozens of countries have backed him up, including the U.S., which has caused even more tensions between both countries.

For example, the Trump administration announced sanctions against Venezuela's oil company in late January in an effort to throw Maduro out of power. And just recently, U.S. officials announced plans to increase sanctions on foreign banks associated with Maduro and remove visas from high ranking Venezuelans.