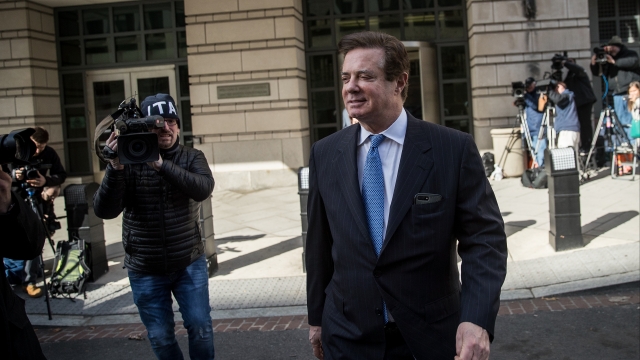 A jury found the president's former campaign chairman guilty of eight counts of bank and tax fraud back in August.

A federal judge in Alexandria, Virginia, sentenced Paul Manafort to about four years in prison Thursday.

A jury found the president's former campaign chairman guilty of eight counts of bank and tax fraud back in August.

Special counsel Robert Mueller's office recommended Manafort be sentenced to anywhere between 19 and a half and 24 and a half years in prison and be fined up to roughly $24 million.

The sentencing memo read, in part, "Manafort acted for more than a decade as if he were above the law and deprived the federal government and various financial institutions of millions of dollars."

Thursday was the first of Manafort's two sentencing hearings. The second is scheduled for March 13 in Washington, D.C. It's related to the two conspiracy charges he pleaded guilty to in a separate case last September.