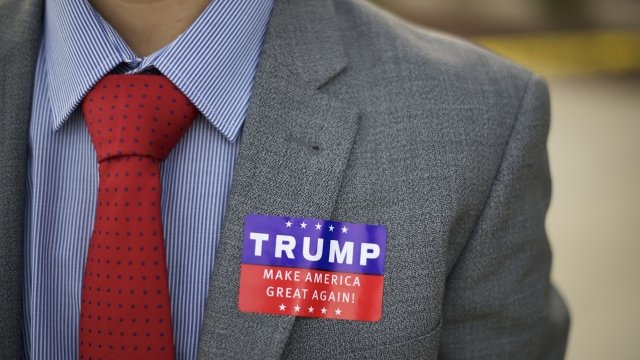 Emails between campaign staffers reveal several attempts to set up meetings for then-candidate Donald Trump and his team with Russian officials, according to The Washington Post.

Those emails are attributed to campaign volunteer George Papadopoulos. He joined Trump's foreign policy team in March of last year. In the next few months, he reportedly sent at least six emails to his counterparts in an effort to get top-level staffers, and even Trump himself, in the same room with Russian officials.

That's according to the Post, which says it was read some of the more than 20,000 pages of Trump campaign documents recently turned over to congressional committees. One email reportedly had the subject line: "Meeting with Russian Leadership — Including Putin."

Paul Manafort reportedly turned down one of the proposals in May during his time as Trump's campaign chairman.

But special counsel Robert Mueller, who's heading the investigation into possible collusion between the Trump team and Russia, tapped a grand jury for the case. The jury can be used to subpoena documents and demand testimonies under oath.