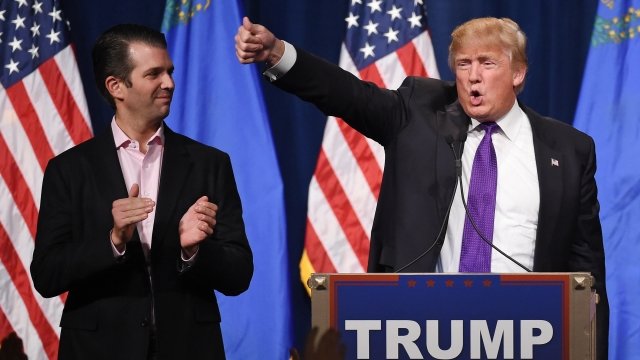 The Post's sources say the president personally overruled plans to be transparent about Donald Trump Jr.'s meeting with a Russian lawyer.

The Trump team was in Germany for the G-20 summit when it got word The New York Times was preparing to publish an account of the meeting.

According to the Post, advisers and lawyers for the first family agreed that transparency was the best plan of action. They instructed Trump Jr. to release a statement before the story became breaking news. But that strategy reportedly didn't last long.

Anonymous sources told the Post the president personally dictated his son's statement aboard Air Force One.

That version claimed Trump Jr. and the Russian lawyer primarily talked about a program for adopting Russian children. By the next day, the story was different.

Anthony Scaramucci is no longer the White House communications director. He had a colorful 10-day term.

A lawyer for the president responded to the Post's report, calling it "misinformed, inaccurate, and not pertinent." Trump Jr.'s attorney said the Post had "no evidence to support that theory."