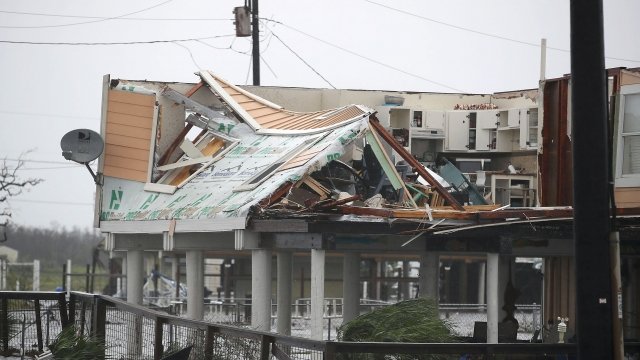 The Government Accountability Office argues climate change is a key issue and asked the Trump administration to take action.

The Government Accountability Office sees climate change as a key issue and asked the Trump administration to take action.

The federal watchdog released a report to the public Tuesday detailing the rising costs of climate change.

It noted over the last decade, the federal government spent more than $350 billion because of "extreme weather and fire events."

That figure includes "$205 billion for domestic disaster response and relief; $90 billion for crop and flood insurance; $34 billion for wildland fire management; and $28 billion for maintenance and repairs to federal facilities and federally managed lands, infrastructure, and waterways."

And the GAO says climate change will likely cause these costs to increase.

It points to an assessment that found the federal government's recurring costs could jump "$12 billion to $35 billion per year" by 2050.

The GAO says its audit isn't absolutely precise and argued it's more of a first step to address climate change damages. The question is what President Donald Trump might do with the information.

So far, the administration disbanded a federal climate change advisory panel, proposed ending the "Clean Power Plan" and said it plans to leave the Paris Agreement.

According to the Los Angeles Times, the administration was invited to give its own views in the GAO's report but declined.