Growing up in New Jersey as the child of Chinese immigrants from Taiwan, Jeff Chang enjoyed magical stories about his ancestral homeland. As he was born in 1987, during the Year of the Rabbit, his favorite tale involved his birth animal.

"I always liked the Chinese folklore of the goddess who flew up to the moon with a rabbit, said Chang, 35. "I don't quite know all the folklore in Asian cultures about this mythical rabbit, but I grew up knowing how special the rabbit is. I would always look up to the moon and imagine the rabbit there-- it would make me feel a part of me and my culture was always in the sky."

This year is extra special for Chang as East Asians around the world ring in the Year of the Rabbit that kicks off on Sunday January 22. It is the biggest holiday for Asians including Chinese, Korean, Vietnamese and Cambodians, with the celebrations lasting 15 days. 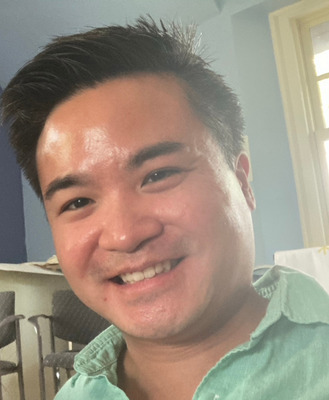 Jeff Chang of Montclair, NJ, was born in the Year of the Rabbit.

There are 12 animal signs in the Chinese zodiac, with each new year representing a different animal. Rabbits are said to be calm and intelligent.

The years are in the following order: Rat, Ox, Tiger, Rabbit, Dragon, Snake, Horse, Goat, Monkey, Rooster, Dog, and Pig. Legend has it that personalities of people born in those years resemble characteristics of the animals.

Instead of asking a person's age, Chinese people will ask what year a person is born in, said Lynn Hu, an immigrant from China who now lives in Edison, New Jersey. She was born in the year of the Snake. Chinese people believe that snakes are small dragons with great seductive powers. Snake people are said to be wise.

Other signs such as the Rat means a person is quick-witted, an Ox means a person is patient and kind, a Tiger is authoritative, a Dragon is energetic, a Horse is said to be independent, a Sheep is mild-mannered, a Monkey is fun-loving, a Rooster is practical, a Dog is loyal, and a Pig is luxury loving.

Across the world thoughts focused on possibilities, even elusive ones like world peace.

Matches are made based on the compatibility of the signs. Couples try to conceive during the lucky years, such as the year of the Dragon. New year is a time for renewal, with past transgressions forgiven. Chang recalls superstitions around the new year, "Like not washing my hair on the first day of the year so as to not wash away good luck," Chang said. One of the biggest traditions instilled on him is to organize and clean before the new year.

As this is the Year of the Rabbit. Chang reflects on the meaning of his sign.

"I try to be calm and do my best to be smart," the Montclair resident said. "I am fortunate, or cursed, to have these traits tested in my work as a lawyer. I do find myself channeling rabbit energy to be diplomatic and measured. It has served me well."

The fun part of the traditions is the foods that are eaten such as noodles for a long life, Chang said.

"In many ways those little superstitions I've come to realize are part of what being Chinese is and practicing them–no matter how ridiculous it may have seemed at the time– makes me feel closer to my culture," Chang said.