What's The Difference Between 'Hispanic' And 'Latino'? 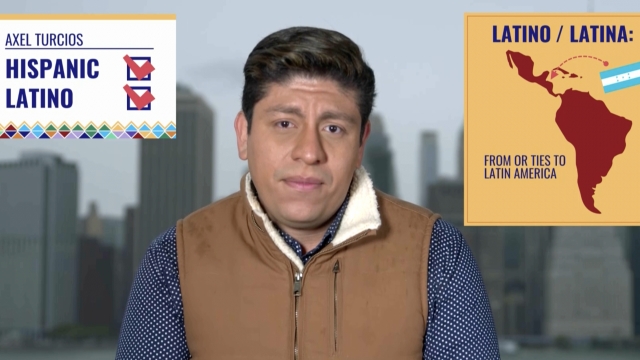 The population of Hispanics and Latinos in the U.S. is growing rapidly, according to 2020 census data.

As the population continues to grow, there are now more than 62 million Latinos and Hispanics in the U.S., meaning they make up nearly one in five people in the country. But what exactly is the difference between "Latino" and "Hispanic," and when does each apply?

Some people consider themselves just Latino or just Hispanic. Hispanic applies to someone who is from — or has family ties to — a mostly Spanish-speaking country. For example, the main language spoken in Honduras is Spanish, so a person from there can consider themselves Hispanic.

Latino or Latina applies to anyone from Latin America, or with family ties to a Latin American country. That includes Honduras, so those descriptors can also apply here. Sometimes the terms can be interchangeable, but not always.

Someone with roots from Spain may be Hispanic because they speak Spanish. But they are not Latino because Spain is in Europe.

A specific city in Oregon has seen a huge amount of growth in the Hispanic community.

On the other hand, someone from Brazil is considered Latino but not Hispanic; Brazil is in Latin America, but the country’s main language is Portuguese, not Spanish. It can get a bit confusing, and even within certain communities there may not be a consensus.

In a Gallup poll, most Hispanic and Latino adults said they didn't care which term was used. Just 4% said they prefer "Latinx" a newer gender-neutral term.

When in doubt, people shouldn't be afraid to ask.