A Brief Explainer On Obamacare Enrollment For 2018 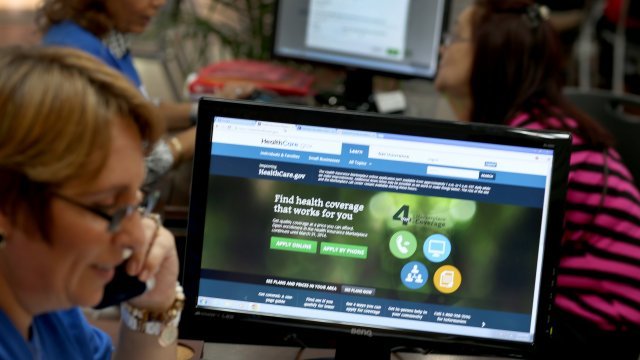 Open enrollment for Obamacare 2018 plans began Nov. 1. For most states, the last day to sign up is Dec. 15.

It's time to start shopping for health insurance again.

Open enrollment for Obamacare 2018 plans began Nov. 1. The last day to sign up is Dec. 15, meaning this year's sign-up period is shorter than previous years.

The District of Columbia as well as some states that run their own exchanges — such as California, Minnesota and New York — have longer enrollment periods that run as late as Jan. 31.

Open enrollment is your big chance to sign up for health insurance or change your current plan.

Since Republican lawmakers have been unsuccessful thus far at repealing the Affordable Care Act, people who don't sign up for an insurance plan could still face a tax penalty.

Some Americans Are Super Confused About The Status Of Obamacare

Back in October, the Internal Revenue Service said it was preparing to enforce the unpopular individual mandate for the 2018 filing season.

According to a recent Department of Health and Human Services report, 80 percent of Obamacare enrollees will be able to find plans for $75 or less a month because of subsidies for the 2018 plan year.

For the 2017 plan year, only 71 percent of enrollees were able to find plans just as cheap.

If you already have an Obamacare insurance plan and you skip enrollment, you'll be automatically re-enrolled in that same plan for 2018 if it's still available.