Where Did Emojis Come From? 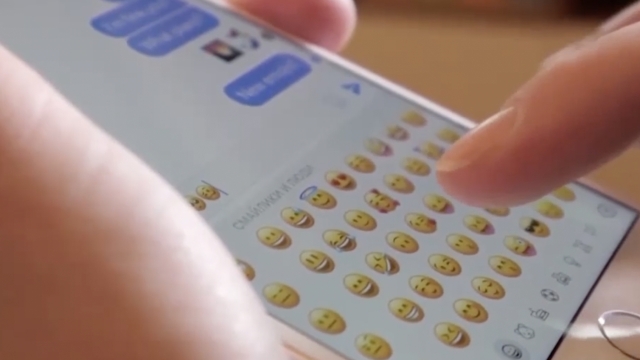 Your text messages today may include no text at all — they’re a series of pictures, GIFs and emojis.

Emojis are fixtures in text messages and social media. Researchers at Emojipedia say one in five tweets now include an emoji, and Facebook Messenger users send an estimated 5 billion emojis every day. But where did they come from? Computer scientist Scott Fahlman deserves some of the credit.

In 1982, Fahlman proposed a system of smiley's to denote when someone was telling a joke on a message board. Image-based characters appeared on Japanese mobile phones in the late 1990s. But the emoji exploded when Apple added the official emoji keyboard to its iPhone in 2008 — and the designs came thanks in part to an intern.

"My director was like, here, this is your assignment. You're going to draw some emoji. And he's like, do you know what an emoji is? And I'm like, I better say the truth because I don't know," said Angela Guzman, co-designer of the original set of Apple emojis.

Guzman learned what they were and got to work — helping to co-create the original emoji set for the iPhone.

"We based them heavily on our own personal take. So we knew we had to make a heart for example, but you know, the shape of the heart or the exact color of the heart was really kind of up to us. It was very spontaneous and really fun as a collaboration to select these pieces," Guzman said.

In the end, between food, faces and everything in between, they created close to 500 emojis.

"At the time I was like, okay, these are really cool images. Later on is when I realized the power and the magnitude that this visual language would have," Guzman said. "I think emojis have allowed us to connect and communicate globally regardless of our native tongue."

Today, there are more than 3,000 emojis to choose from. And sometimes one emoji can be worth a thousand words.

Emojis Have Become A Questionable Part Of Workplace Communication

Though emojis have now become a regular form of texting, it's still unclear how they come across at work.