Where Does The Afghan War Stand With Peace Talks Stalled? 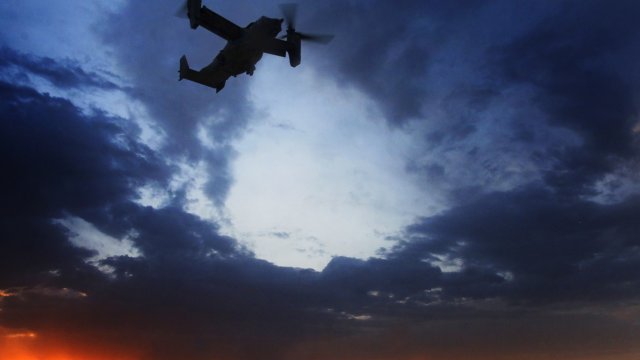 The U.N.'s Council on Foreign Relations says the foundations of the war were laid 20 years ago.

The U.S.' 18-year war in Afghanistan could come to a close soon, despite stalled peace talks with the Taliban.

The Council on Foreign Relations says the foundation for the war was laid 20 years ago, when the Security Council adopted Resolution 1267 and created the so-called Al-Qaeda and Taliban Sanctions Committee. That establishes that the two militant groups were terrorist organizations and slapped sanctions on their travel and arms shipments.

A couple of years later, the situation got more tense when Al-Qaeda assassinated Northern Alliance Commander Ahmad Shah Massoud. But the war's catalyst came two days later on Sept. 11, 2001, when members of Al-Qaeda hijacked four commercial planes and attacked the U.S., killing thousands of people. Just a week later, then-President George W. Bush signed a joint resolution that authorized the use of force against the organizations, persons or nations responsible for the attacks.

The following years saw military victories and setbacks and leadership changes on both sides.

At its peak in 2010 and 2011, some 100,000 U.S. troops were stationed in Afghanistan, and on May 1, 2011 — after more than nine years of fighting — U.S. forces killed Osama bin Laden, the Al-Qaeda leader behind the 9/11 attacks, in Pakistan. With that major event, U.S. officials started pulling troops out of Afghanistan and opened preliminary peace talks with Taliban leaders.

In 2015, the mission of the operation shifted. Enduring Freedom ended and was replaced by Operation Freedom's Sentinel. The new goal: to continue "to train, advise and assist Afghan security forces as well as conduct counterterrorism operations in Afghanistan."

The most recent round of negotiations between the U.S. and the Taliban started in late 2018 and continued into 2019. It looked like things were going pretty well — the two sides reached a peace deal "in principle" in early September. But less than a week later, President Donald Trump said this:

But despite the "dead" peace talks, it looks more and more like the U.S.' longest war could soon come to an end. The U.S. special envoy to Afghanistan Zalmay Khalilzad says the draft deal looks something like this: The U.S. will pull 5,000 troops from five bases in Afghanistan within 135 days — if the Taliban meets certain conditions. Those conditions include a reduction in violence and a guarantee that Afghanistan won't be used as a base for militant attacks on the U.S. and its allies. But the agreement doesn't include language for an official cease-fire.

National security experts have said the U.S. has three options to move past the current stalemate: unilaterally withdraw all U.S. troops, leave U.S. troop levels at about where they are now, or head back to the negotiating table.