Trump Meeting With Schumer, Pelosi Back On After Cancellation 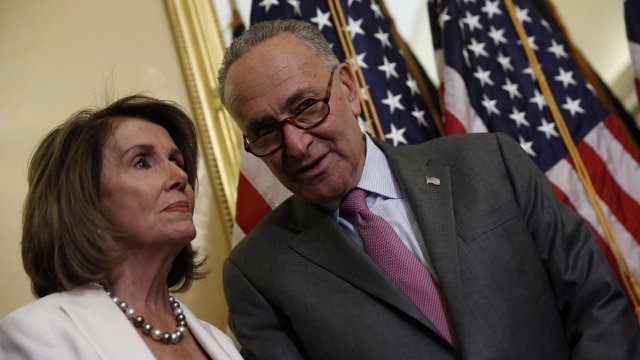 They plan to meet Thursday, one day before the government funding expiration date.

This comes after the two top Democrats canceled an earlier meeting with Trump after he tweeted that he didn't think the three could come to a deal.

In a statement Monday, they said: "We're glad the White House has reached out and asked for a second meeting. We hope the President will go into this meeting with an open mind, rather than deciding that an agreement can't be reached beforehand."

In an effort to check off a massive to-do list, on Thursday, the three will join other GOP leaders to discuss several pending legislative issues before the government funding expires Friday.

Protecting DACA Recipients Could Hold Up The Government Funding Deal

Congress has until Dec. 8 to avert a shutdown.

Some include funding for the military, the opioid crisis, pension plans, community health centers and a bipartisan deal on the Deferred Action For Childhood Arrivals Act, or DACA — not exactly a short order.