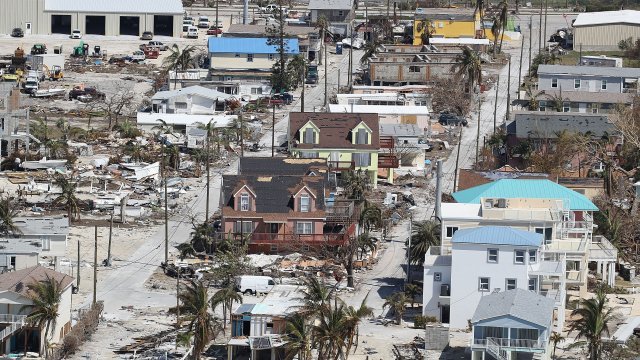 The White House wants Congress to approve $44 billion for hurricane aid, but it's conscious of increasing the national debt.

The hurricanes that battered the Gulf Coast and Caribbean are still taking a toll on U.S. citizens and the budget.

On Friday, the White House asked Congress for $44 billion in disaster relief funds.

If approved, this would bring the total to nearly $100 billion in disaster spending — a total many say is still too low.

Still, $44 billion would be the largest single disaster relief request made by the White House over the past three months.

To cover the relief funds, the White House has suggested $59.2 billion in offsets from other federal administrations and programs. That includes the Army Corps of Engineers Flood Control and Coastal Emergencies funds, the Department of Agriculture Rural Economic Development fund, and the Department of Education's Student Financial Assistance fund.

The request suggests the administration may be trying to appeal to members of Congress who are concerned about the country's building debt.

Offsets of funds were not included in the administration's first two requests, but now it "believes it is prudent."