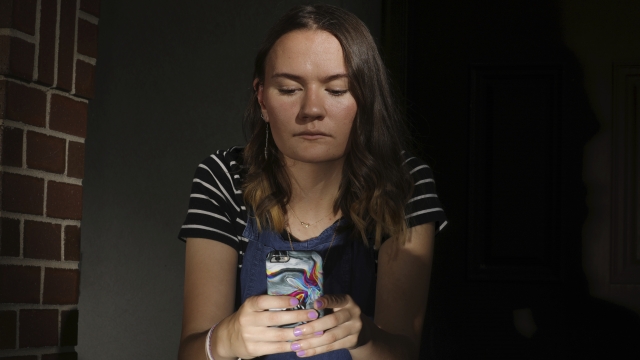 It asks questions including how much time Americans spend working, eating, sleeping and with others. It’s no surprise the pandemic’s work-at-home, zoom-focused zeitgeist increased the amount of time people were alone. But time together was declining before COVID. According to the "time use" survey, the average American spent about six-and-a-half hours per week with friends between 2010 and 2013. Then in 2014 time with friends began to decrease. By 2019, the average American was spending just over four hours per week with friends — a drop of 37% from 2014. Then came the pandemic. In 2021, the last year with available data Americans spent less than three hours each week with friends.

"Well, what are we doing with that time? I discovered that, yeah, actually we're spending basically all of that time we used to spend with friends. We have shifted into spending it alone," Ward said. "We didn't shift it to our spouse or our kids or, you know, anybody else."

Why are Americans cautious about PTO?

Companies like Coinbase, Transunion, and Netflix offer unlimited PTO or taking as much time off as you want as long as the work gets done.

In 2014, Americans spent just under 40 hours each week alone. That increased by almost 10% by 2019 and in 2021 was up to almost 48 hours each week. According to Ward’s analysis, this jump in time alone permeates across all demographics.

"The basic story is the same for everybody. Less time with friends, more time alone. Well, why? Why did this happen? Well, that's a harder thing to say," Ward said.

Ward points to technology. He notes 2014, when time spent with friends started to drop, was also the first year in which more than 50% of the American population owned a smartphone. Ward also says political polarization plays a role and points out that socialization depends on others.

"Socializing is a two-sided thing. You know, we both have to be there. So, if there's fewer people in my network that want to socialize, that means that I'm going to socialize less as well," Ward said.

Ward says it’s important to note time spent alone is not the same as loneliness.

"Time alone is just literally about the physical presence of other people. I can be alone and not lonely because I like it," Ward said. "There's a subjective component to loneliness. Loneliness is about dissatisfaction with your level of connection with others."

Surveys show loneliness has increased, but there’s not necessarily a direct link to time spent alone. That means we can’t yet determine if we’re a nation feeling lonely because we’re physically alone.