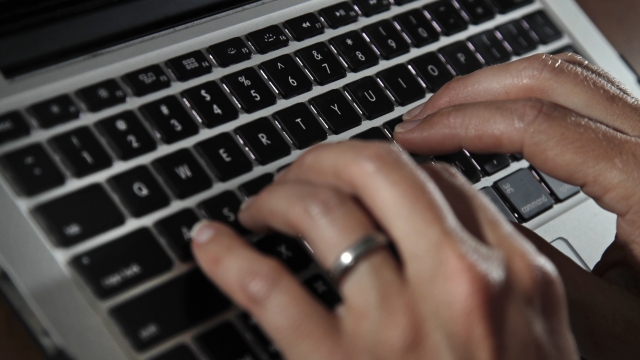 The average person can type 40 words per minute. That's not bad, especially considering all the letters are seemingly jumbled on our keyboard.

So why is it set up like that? You can thank Christopher Latham Sholes. He was a newspaper editor who helped create the first typewriter in the 1860s.

The first version was actually alphabetical, with the second half of the alphabet on the bottom row and the first half on top, which is similar to piano keys.

But it later evolved into the QWERTY keyboard we have today.

One theory holds that the QWERTY design was intended to slow the typist down to prevent the typewriter from jamming.

But a paper from Kyoto University researchers on the pre-history of QWERTY insists that's incorrect. Its authors say the design was developed for Morse Code receivers. They say the qwerty layout allowed them to translate messages faster.

Where Did Emojis Come From?

Your text messages today may include no text at all — they’re a series of pictures, GIFs and emojis.

Tweaks were made to the keyboard in its first two decades. And in 1893, the QWERTY keyboard was set in ink when the top typewriter manufacturers merged to create the Union Typewriter Company and adopted the QWERTY layout as the standard.

But even Sholes wasn't convinced this was the right format. He filed for a patent shortly before his death with a different layout with x, p, m, c, h and r as the first six letters on the top row.

In 1936, American professor August Dvorak received a patent for an alternative layout.

Fans of the DVORAK keyboard say you can type faster on it. One of those fans included Barbara Blackburn, who held the Guinness World Record for fastest typist and endorsed an Apple product with a switchable keyboard in a 1984 ad.

Because the DVORAK keyboard came out decades after the QWERTY version, it never gained popularity.

And to this day the QWERTY keyboard is the type that most prefer to type with.