Why 'Culture' Is Merriam-Webster's Word Of The Year 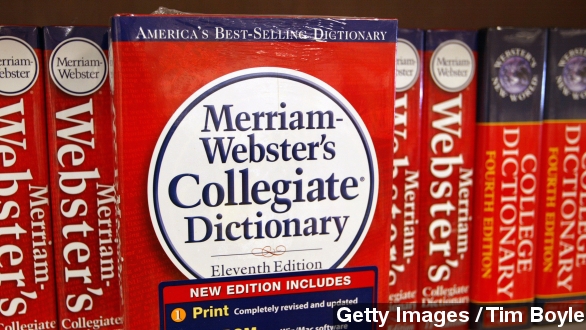 Merriam-Webster says "culture" is the word of the year, but Oxford and Dictionary.com beg to differ. Why is "culture" such a big deal in 2014?

Merriam-Webster has crowned the word "culture" its 2014 Word of the Year. And after 100,000+ years of development, it's nice to see the abstract concept finally getting the recognition it deserves.

Each year since 2003, the dictionary has released a Top Ten Words of the Year list. This year, culture topped the chart ahead of nostalgia, insidious and legacy.

The editors noted the word culture "allows us to identify and isolate an idea, issue, or group," a versatility which led to it "appearing in headlines and analyses across a wide swath of topics."

Culture now joins the ranks of Merriam-Webster's previous Words of The Year, including bailout, truthiness, austerity and w00t. But, wait: didn't we already have a Word of the Year?

Back in November, Oxford Dictionary decided the word of the year was "vape," citing the rising popularity of e-cigarettes and the ensuing debate about their health effects.

Two days later, Dictionary.com chose "exposure" as the word of the year, for ... a variety of reasons.

The site curated clips from newscasts which they say involved exposure: "Ebola is a serious disease ... Police in Ferguson, Missouri ... Nude photos of celebrities leaked."

And we've got at least one more Word of the Year on the way from the American Dialect Society, which will be determined early next year during a conference of professional linguists. Last year, the group picked "because" as their word of the year, because reasons.

So Merriam-Webster's not the only one handing out prizes to words, but they do have a unique claim to fame. Oxford, Dictionary.com, and the ADS all hand-select their words and publish lengthy manifestos explaining their decisions.

Time points out the word's gotten a lot of use thanks to the fractal subcultures which keep getting written up in the media: pop culture, consumer culture, startup culture, NFL culture, hookup culture and plenty more.

It's also worth noting not all of the words on Merriam-Webster's list have some deep cultural significance: entry No. 6, je ne sais quoi, essentially made the list because of one Sonic commercial.

The commercial goes like this: One guy says of his lunch: "It's going to make me irresistible!"

His friend responds: "Oh right, it's going to give you that certain je ne sais quoi?"

And the punchline: "Jenna said what?"

This video includes images by Getty Images and Gaobo / CC BY ND 2.0.