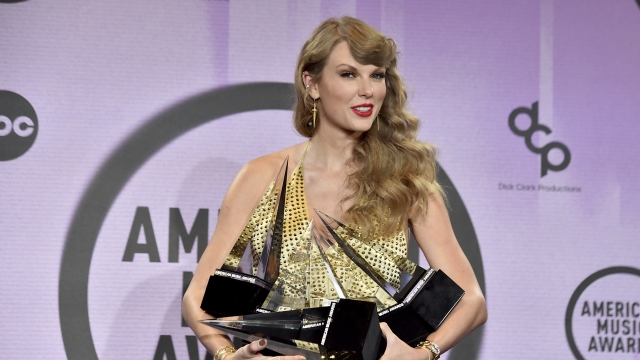 Think of your favorite artist going on tour in the next year — is it Blink 182, Taylor Swift, Luke Combs or perhaps Beyoncé?

What are you willing to pay to attend one of their live concerts? The answer for some might be hundreds of dollars — for others, even thousands.

To witness global superstar Bad Bunny, Billboard’s top touring act of 2022, the average cost was $225. The lowest ticket was about $150.

Across the board Americans are paying more for event tickets. Global concert magazine Pollstar found the $28.50 average it cost in 1996 to see the likes of KISS and Garth Brooks would now cost an average of around $108 to attend one of today’s 100 biggest concerts. That’s also nearly 18% higher than before the pandemic in 2019.

Dr. Andrea Luoma, who runs the entertainment management program at the University of Montana, says pent up demand and surged prices.

"When you say why have tickets gone up so much? Because they can and because they need to," Luoma said.

But it wasn’t just fans driving the hike.

"When things opened up again and venues opened up again, all of these artists bombarded the venues because what normally could have been spread out over about two and a half years now, all of those players wanted to be out there at the same time," Luoma said.

And artists, like fans, are dealing with the woes of inflation impacting the cost of gas, musical equipment and other items it takes for them to hit the road.

"It's at least 30 to 40% more expensive today to tour than it was pre-pandemic. And part of that is just because the cost of living everywhere has gone up so much," Luoma said. "The only way the artist is really making money, they can't they don't make money because we get our music for free these days. They make money because they go on tour and then they sell merchandise."

According to Billboard, concert goers’ money doesn’t go straight to the artist. The base ticket price goes toward marketing, production costs and renting the venue.

"Just to break even a venue has to sell 80% of all the tickets," Luoma said.

After the curtains close or the fans empty out, Billboard says the promoter and the artist had traditionally split the profit, with the artist taking about 85%. But in recent years, promoters have worked to pad their 15% with fees, which in some cases can add up to cost more than the ticket itself.

Concerts Surge As More Artists Return To The Stage

Analysts say only established performers have benefited from this demand, as newer artists are still struggling to support the high costs of touring.

"The fees are essentially what keeps companies and platforms like Ticketmaster going," Luoma said. "Those fees are then divided up between Ticketmaster, the venue and anybody else that's involved with that."

And then there’s the strategy of adjusting prices based on consumer demand called "dynamic pricing." The aim is to keep tickets off the secondary-market and boost revenue. And that’s why the price to see music stars like Taylor Swift is skyrocketing.

"Taylor Swift is gonna pack and because Taylor Swift is very popular with the 'tween' crowd, they have to bring parents. So, it’s not just one ticket, it’s like multiple tickets for one person to go," Luoma said. "The fact that artists are suddenly charging $200 a ticket or $250 a ticket or $300 and up. That's just realistically keeping, you know, keeping level with what else is out there when tickets were $6.25 back in the 1970s. If people were that upset over the ticket prices, they wouldn't go."

Taylor Swift set a new record in November with over two million tickets sold for her "Eras" tour in just 24 hours. Ticketmaster struggled to keep up. The company’s presale inventory was completely sold out — leaving fans stuck in a queue and leaving the platform up for plenty of criticism and now legal action.

"It’s easier to buy a gun than tickets to Taylor Swift," Luoma said.

"The argument is there’s too much control by one company over a substantial number of venues and concert shows. And of course, if there’s two arenas in one city, and one is owned by Live Nation. Odds are the concert promotion will be going to the one owned by Live Nation, and they’re making money up and down the chain," Luoma said.

Others are questioning if the platform is monopolizing the market, a claim reports suggest is at the center of a Department of Justice Investigation that started even before the latest ticket fiasco.

And it’s only fueled calls in the nation’s capital, like from Representative Alexandria Ocasio-Cortez, to break up the Ticketmaster-Live Nation merger.

"It's really, really hard to break up a monopoly. It's rarely done in the U.S. in fact, the last major kind of breakup of a company this size would have been maybe IBM back in in the 1980s and 1990," Luoma said.

Live Nation released a statement in November saying "it takes its responsibilities under the anti-trust laws seriously and does not engage in behaviors that could justify antitrust litigation" and added "Ticketmaster is the most transparent and fan-friendly ticketing system in the United States."

For now, artists are surging prices, with one other major question: are fans are willing to pay hundreds of dollars per ticket to see them perform?