Why Is There New Interest In Fusion Energy? 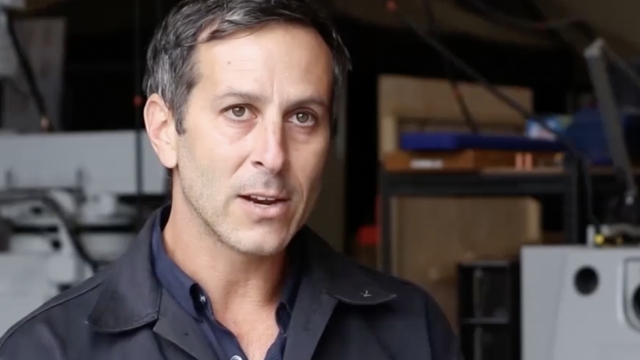 A company by the name of Zap Energy is trying to find a way to develop more energy output from fusion reactions.

Temperatures hotter than the center of the sun, the highest-energy lasers in the world, magnets the size of a basketball court — and the promise of virtually unlimited energy on Earth.

Dozens of universities and governments around the world are pursuing fusion energy, hoping to obtain a limitless energy source that produces no carbon emissions.

At Zap Energy outside Seattle, researchers are among the 35 private companies racing to crack the puzzle.

Ben Levitt is the director of research and development at Zap Energy.

"I run a team here of physicists and engineers at this lab. We do the development on the fusion core reactor right here," said Levitt. "Where we need to get to is getting more energy output from these fusion reactions than is required as input. In other words, to light the candle, you need a certain amount of energy."

No one here is wearing radiation protection. Scientists say nuclear fusion is very different than nuclear fission, which powers hundreds of power plants across the world.

"Fission, which is commercially available and has been so since, you know, right after World War II, is the breaking apart of large nuclei. Think of uranium and plutonium, those things, when you take a large nucleus and split it apart, you get a bunch of energy coming out and that's great," Levitt said.

But fission reactors also produce thousands of tons of radioactive waste each year.

"Fusion, on the other hand, is quite different and is not yet commercially available. This is the process that exists in all the stars in all the galaxies in the universe. So the challenge for us is how do you create a star on Earth? Our sun is made up predominantly of hydrogen and helium. What the sun also has is a lot of gravitational force. So it can compress all this hot gas, hot enough and dense enough that these nuclei of hydrogen come so close together they actually fuse and they're pushed together to create another nucleus, a heavier nucleus, which is helium. And you get even more energy than in the fission reaction," said Levitt.

To "create that star on Earth," says Levitt, researchers must contain a mysterious substance called plasma.

"In order of increasing temperature, you can start at a solid, increase the temperature you get to a liquid, then to a gas," he said.  "What happens when you go even hotter than a gas? That's a plasma."

Plasma's charged particles repel one another.

"The trick is to force them together, long enough that they'll fuse," he continued.

In Parts Of The Mideast, Power Generators Spew Toxic Fumes 24/7

The pollutants caused by massive generators add to the many environmental woes of the Middle East.

A facility under construction in France called Iter will use huge magnets to try to achieve fusion.

Zap, meanwhile, is working to make smaller scale reactors. Their name reflects their strategy: By hitting the plasma with a zap of lightning, they create magnetic fields that they believe can eventually keep the plasma together.

"If we can create this actually confined plasma with its own magnetic field, it will self confine without the need for any other confinement technology," said Levitt.

But big hurdles loom. Tritium gas is a rare isotope of hydrogen that serves as a key ingredient for fusion.

Recent reports, including an article in Science Magazine, suggest a shortage of the gas could derail efforts to achieve fusion.

The bigger problem is that despite billions of dollars of funding and decades of research into fusion, no experiment has ever produced a sustained fusion burn.

"We've been making fusion reactions for more than a decade now. The issue is producing more energy output from fusion reactions than is required to start. These fusion reactions are what's called this energy break-even demonstration. We believe we're right around the corner from doing so," said Levitt.

That achievement could make Zap Energy a household name and transform the world energy system for centuries.