Obama's Private Email Has Been Released 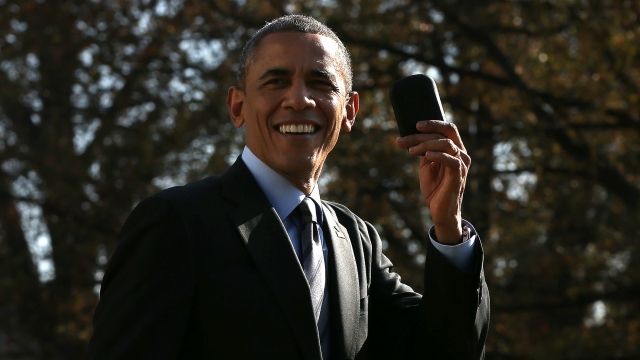 Thanks to WikiLeaks, the world now knows what President Obama's private email address is.

The site has been steadily posting caches of emails hacked from Hillary Clinton's campaign chairman John Podesta. It recently highlighted a series of messages Podesta sent to one bobama@ameritech.net.

SEE MORE: What's So Damning About The New Hillary Clinton Emails From WikiLeaks?

One of those messages got a reply — signed Barack and sent from a Blackberry smartphone.

There's no particular bombshells in the emails: It's mostly staffing decisions and scheduling quirks. The messages were sent in 2008, so there's no guarantee the president still uses that address.

Oddly enough, Obama's personal email showed up in a previous WikiLeaks email dump. The release of a massive trove of emails hacked from Sony Pictures Entertainment, and published on WikiLeaks, includes one email warning about a potential Dropbox scam. The email was sent to hundreds of different addresses — including bobama@ameritech.com.

The information from WikiLeaks' latest email hack has ranged from campaign-altering revelations, like excerpts of Clinton's speeches at private Wall Street events, to extremely mundane stuff, like Podesta's advice on making risotto.

The Clinton campaign hasn't officially confirmed the authenticity of these emails and has tried to discredit the leaks by pointing out the hack is believed to be the work of the Russian government. Clinton accuses Russia of trying to alter the election by giving these documents to WikiLeaks.

SEE MORE: People Haven't Liked Obama This Much In A Long Time

Having your personal information made extremely public is apparently one of the risks of living in the White House. Just last month, a different hacking group passed around what it claims to be a screenshot of Michelle Obama's passport photo.