With The Clock Running, Senate Health Care Bill Has A Long Way To Go 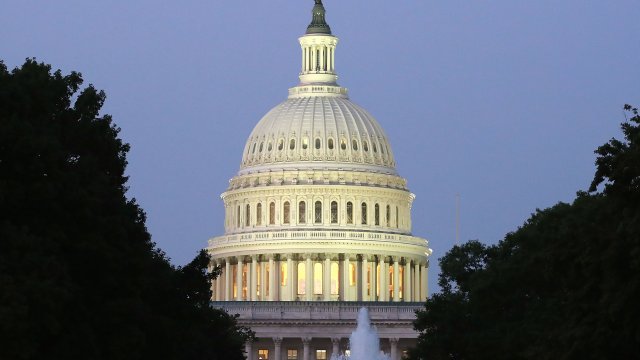 When the Senate session started Wednesday, they had about 17 hours left to debate the future of health care. And the first proposal to come up for a vote Tuesday was shot down.

That proposal of the health care law included amendments from Sen. Ted Cruz and Sen. Rob Portman. But the Congressional Budget Office hadn't scored it.

Without a CBO score, the bill needed 60 votes. But it couldn't even get a simple majority — 57 senators voted against it, including nine Republicans.

During the first day of debate, senators proposed more than a dozen amendments to the health care legislation.

When the debate clock runs out, a senator could motion to extend it, but that would need approval from three-fifths of the Senate.