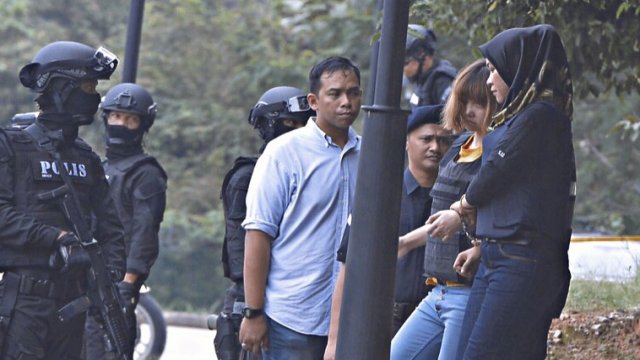 Doan Thi Huong pleaded guilty in Malaysia on Monday to "causing hurt by a dangerous weapon." She was sentenced to three years and four months, starting from her date of arrest in February 2017.

Huong was originally charged with murder. But her lawyer asked the court to reconsider those charges, arguing she was "naive" and "exploited."

The plea deal comes after prosecutors denied an appeal in mid March to drop the charges against Huong. Her lawyers called the denial unfair because just days earlier, prosecutors  unexpectedly dropped the murder charges against a second suspect in the case, Siti Aisyah.

Huong and Aisyah were suspected of poisoning Kim Jong-nam with a nerve agent at Kuala Lumpur's international airport in Feb. 2017. The two said they thought they were taking part in a prank for a television show.