Wuhan, China Shuts Down As WHO Weighs A Coronavirus Health Emergency 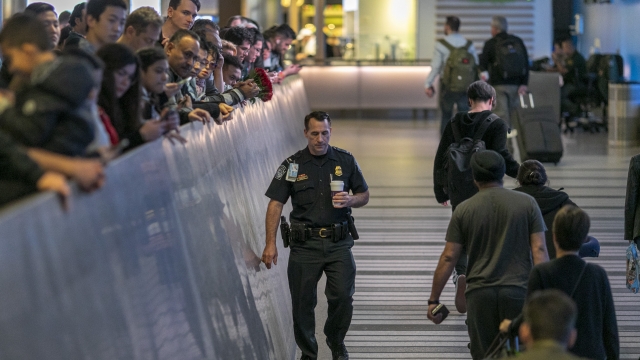 The WHO says for now, the coronavirus outbreak is only spreading from person to person inside China.

The World Health Organization announced that for the moment, it won't declare the spreading deadly respiratory coronavirus a global public health emergency.

The death toll from the new strain of coronavirus (2019-nCoV) continues to climb, and with the busy Chinese Lunar New Year starting Jan. 25, officials expect it will be difficult to contain the pneumonia-like illness.

On Wednesday, authorities in China announced plans to freeze transportation in and out of Wuhan.

"What they are doing is a very, very strong measure and with full commitment. So based on the situation, taking the action that they think is appropriate is very important. We stressed to them that by having a strong action, not only they will control the outbreak in their country, but they will also minimize the chances of this outbreak spreading internationally," said Dr. Ghebreyesus.

In the meantime, workers in the U.S. are still conducting screenings in airports and on planes to check travelers for fevers. Passengers shared video of such screenings on a flight from Shanghai to Chicago O'Hare.

"The airline did tell us that there are two people sick and they need to go down the plane first," Guy Xie, a passenger on the Shanghai told Newsy sister station WTMJ.

"They have to go through the screening process once they took off and make sure you don't have fever or cough or sickness. We need to make sure we are safe here in the U.S.," said Xiaolin Hu, whose parents were on the same Shanghai flight.

The CDC is screening at the five U.S. airports that receive most of the travelers from Wuhan, China: LAX, JFK, San Francisco International, Chicago O'Hare, and Atlanta Hartsfield-Jackson International. Officials say they've deployed more than 100 extra workers. As of Wednesday, they were rerouting flights from Wuhan to the airports with screenings.

"This idea of funneling means redirecting and reissuing tickets so all the arriving passengers from Wuhan would come in to the airports where we can surge this capacity at," said Dr. Martin Cetron, Division of Global Migration and Quarantine director for the CDC said during a press call on Tuesday.

Other airports have also been put on alert, like Washington State's SeaTac, where the U.S.' first coronavirus patient traveled through. CDC officials say they're focusing on passenger education in English and Mandarin, in addition to health screenings.

Officials still don’t know the exact source of this coronavirus or how easily it can spread from person to person. For now, the CDC says, the impact and risk of the coronavirus in the U.S. is low.