YouTube Videos Show Evidence Of War Atrocities — Until They're Deleted 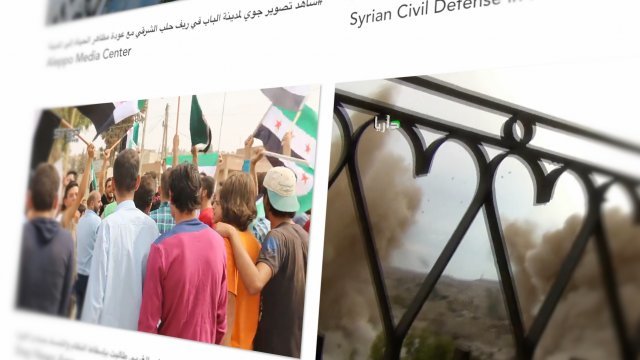 It's never been easier to watch international conflicts play out before our eyes.

Just look at the hundreds of thousands of videos from the Syrian conflict on YouTube. From protesters flooding streets to barrel bombs falling from the sky, these clips have given journalists and human rights monitors a window into global conflicts.

But now, those videos are vanishing.

Activists, human rights groups and journalists rely on YouTube to share videos from conflict zones. It's one of the simplest and most accessible platforms. And those videos don't just shape how the public views a conflict; they can even change the situation on the ground.

Case in point: the International Criminal Court's arrest warrant for a Libyan commander in August was based heavily on video posted to social media.

But, as YouTube has removed extremist content in recent months, it's also mistakenly deleted thousands of Syrian conflict videos. Many still aren't recovered.

You Can Now Watch Declassified Nuclear Weapons Tests ... On YouTube

The films were sitting around gathering dust before a team started converting them to digital.

Hadi Al Khatib runs The Syrian Archive, a documentation center that stores thousands of verified videos from the conflict. It supports human rights advocates and journalists.

"It's really hard to understand the damage from this new policy and the use of machine-learning software, also," he said. "It's really difficult. We don't know. We have been monitoring the conflict for years, and we don't know. We think it's quite big."

It's certainly in YouTube's interest to scrub extremist propaganda; ISIS has used social media to spread its message of hate to a large audience. But taking down videos showing atrocities like chemical weapon attacks or bombing civilians could destroy potential evidence for prosecuting war crimes.

"We see right now, most of the authoritarian regime countries are closing their borders in front of U.N. commissions or journalists and so on, so it's really hard to access Syria right now," Al Khatib said. "The role of citizen journalists using social media tools like Facebook and YouTube is becoming really essential. Even for international human rights organizations like Human Rights Watch and Amnesty International, visual documentation has been essential content in their recent reports because of this problem."

Airwars, which documents civilian casualties from airstrikes in Iraq and Syria, published archived videos originally from the U.S. military, but they were temporarily banned on YouTube's site, and Airwars didn't know why.

YouTube says it's improving its filtering system, but until it does, every conflict video mistakenly removed might close a window into places where transparency and visual evidence is vitally important.