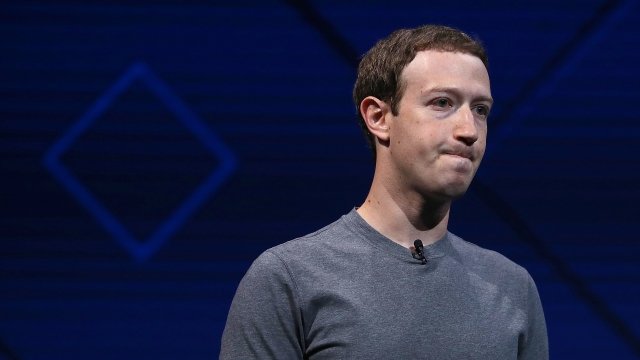 Mark Zuckerberg says he regrets calling the idea that Facebook had role in the 2016 election results "crazy."

He made that comment in November. At the time, critics blamed Facebook for swaying public opinion with its dissemination of fake news.

Fast-forward to Wednesday, when President Donald Trump tweeted that Facebook is "anti-Trump." In response, Zuckerberg posted a message saying he shouldn't have been dismissive over the idea that misinformation on Facebook "changed the outcome" of last year's election.

Zuckerberg acknowledged the president's comments saying, "Trump says Facebook is against him. Liberals say we helped Trump. Both sides are upset about ideas and content they don't like."

Zuckerberg said that criticism is part of running a platform for everyone.

Facebook has come into the spotlight again after the company revealed bogus Russian-linked accounts bought $100,000 worth of politically charged ads on its site.

Despite all the controversy surrounding Facebook's role in the election, Zuckerberg argues his platform did more good than bad.

He noted Facebook ran a campaign that helped millions of people register to vote, helped political leaders communicate with the public and gave people a voice.