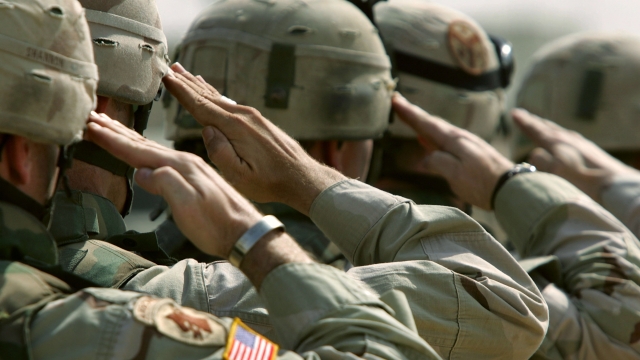 The U.S. Army is telling the public to disregard any text messages informing individuals that they've been selected for a military draft.

In a statement released Tuesday, the U.S. Army Recruiting Command said it received multiple calls and emails about the fraudulent text messages, which have been circulating around the country this week.

According to screen shots included in the statement, one text claimed the "United States Official Army Draft" had contacted the recipient by mail several times to inform them they'd been "marked eligible" to serve. Another threatened a fine and jail time if the individual didn't respond.

The draft hasn't been in effect since 1973. And even if it was, the U.S. Army Recruiting Command pointed out it's not in charge of managing registration. That's taken care of by the Selective Service System, an agency outside of the Defense Department.

Concerns about a potential war have been on the rise since last week after a U.S. airstrike killed Iranian General Qasem Soleimani. Tensions between Washington and Tehran continued Tuesday when Iran retaliated by launching missiles at two Iraqi military bases that house American troops.

Army security personnel are working to determine who is responsible for the fake text messages.