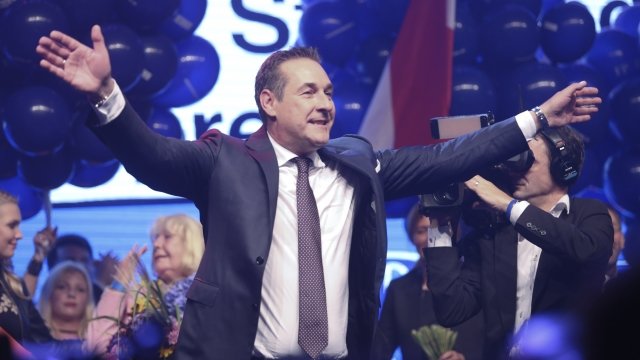 The far-right is one step closer to helping lead Austria's government.

Sebastian Kurz made headlines earlier this month after the 31-year-old led his conservative People's Party to victory in the parliamentary election.

The People's Party got a little less than a third of the vote — meaning it has to work with another group to create a parliamentary majority.

Kurz announced Tuesday he and his party have invited the far-right Freedom Party to negotiate for a coalition government.

The EU Just Hit North Korea With More Sanctions â But Will They Work?

The choice isn't a huge surprise, since the two groups campaigned with similar positions. Both pushed for stricter limits on immigration and refugees — two of the election's biggest issues.

But Kurz said Tuesday that one of the basic requirements for his new government will be a "clear pro-European orientation." In the past, the Freedom Party pushed for Austria to leave the European Union.