How President Biden Might Confront Policing Issues In First 100 Days 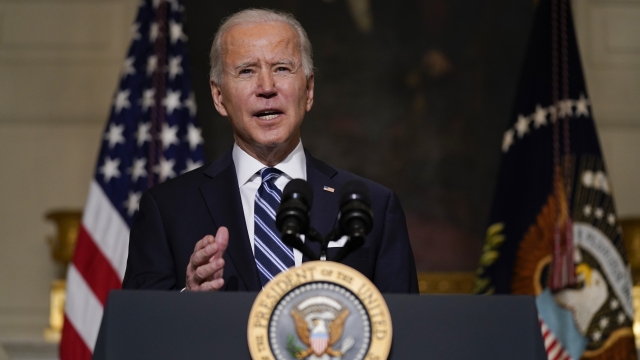 Joe Biden entered the White House amid a national reckoning over police brutality and racial inequality, and he's vowed to push for change.

Joe Biden was sworn in amid a national reckoning over police brutality and racial injustice — and he's vowed to bring change.

"Those eight minutes and 46 seconds that took George Floyd's life opened the eyes of millions of Americans and millions of people around all over the world," the president said last month before signing executive orders designed to promote racial equity.

The Biden administration plans to launch a police commission, similar to the White House Task Force on 21st Century Policing that was established in 2015 by President Barack Obama in the wake of the fatal shooting of Michael Brown.

"The conversation about policing in America has evolved since George Floyd's tragic death last summer and that of Breonna Taylor," explained Laurie O. Robinson.

Laurie Robinson co-chaired Obama's task force and coauthored its final report on how to improve relationships between law enforcement and the communities they police. The report still serves as one of Washington's most exhaustive playbooks for police reform — and a model for how a president can spearhead change.

"What I'm going to do as president of the United States is call together an entire group of people at the White House — everything from the civil rights groups to the police officers to the police chiefs — and we're going to work this out," then-candidate Biden promised at the first presidential debate of the 2020 election cycle.

But bringing everyone to the table won't be simple. On the left, some are calling for "defunding" or completely "abolishing" the police. On the right, some believe any attempt to criticize, modify or reform policing would threaten public safety.

"The country is still largely divided on how they view the police," said Delores Jones-Brown, a professor of law police science and criminal justice administration at John Jay College.

Since 2013, the number of people who have died at the hands of police has remained relatively steady despite some reforms, with Black people three times likely to be killed by police than White people, according to data from Mapping Police Violence. Almost every time, the officer wasn't charged with a crime.

The numbers have left some feeling hopeless that change can come from the White House, especially since most American policing is carried out at the state and local level.

"The plight of the people who are policed the most, who tend to be people of color and low-income people, those individuals are looking for President Biden to come up with accountability measures," Jones-Brown said.

Some clues about how the president will tackle policing issues can be found in an op-ed he published in June. In the piece, the president proposed giving $300 million to police departments so they can carry out reforms like "adopting a national use of force standard, buying body cameras and recruiting more diverse police officers."

The families of Jacob Blake and Breonna Taylor were among those who attended the president's inauguration, and they've called on the president to hold police accountable.

"We demand abolishing immunity of police, from being able to not be charged for what they do. We demand that off the top," said Jacob Blake Sr., the father of Jacob Blake, who was shot seven times and seriously injured by a police officer in Kenosha, Wisconsin, on Aug. 23.