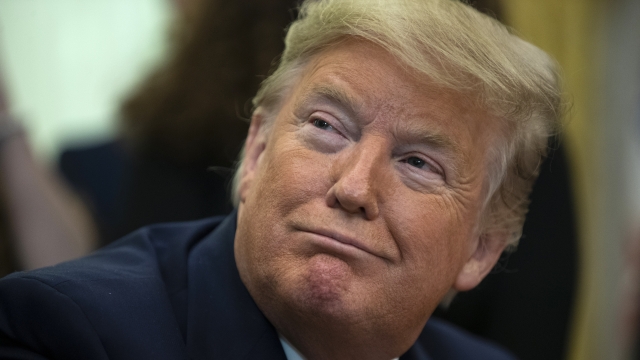 Congress approved President Donald Trump's revised version of the North American Free Trade Agreement, also known as the United States-Mexico-Canada Agreement, in a bipartisan vote on Thursday. President Trump is expected to sign it next week.

The agreement includes new rules on digital commerce, additional labor protections and new minimum wage requirements for some auto workers, among other things. It also got rid of a controversial patent protections for biologic drugs.

This has been a huge week for the president when it comes to trade.

"It's one of the biggest trade bills ever made," President Trump said. "And then yesterday, as you know, China passed, and that's something that is extraordinary, and it's going to have tremendous, far-reaching effects, including our relationship long-term with China."

It took a long time to get the North America deal to where it is now. Leaders from Mexico and Canada, along with President Trump, signed it in 2018. But House Democrats were unhappy with it and spent months reworking it with the Trump administration. The House finally passed it in December.

In a statement, House Speaker Nancy Pelosi said the president's original version "left American workers exposed to losing their jobs to Mexico, included unacceptable provisions to lock in high prescription drug prices and fell short of key environmental standards." She said Democrats transformed and rewrote the deal to be "the strongest enforcement mechanisms of any U.S. trade agreement."

This is also a big week for the president for a completely different reason: Pelosi finally sent the impeachment articles to the Senate and named her House impeachment managers. The Senate officially began its trial for the president on Thursday. Supreme Court Chief Justice John Roberts and the majority of the Senate were sworn in, and the trial is expected to resume on Tuesday.