Who Is Evan McMullin? The Man Who Could Beat Trump And Clinton In Utah 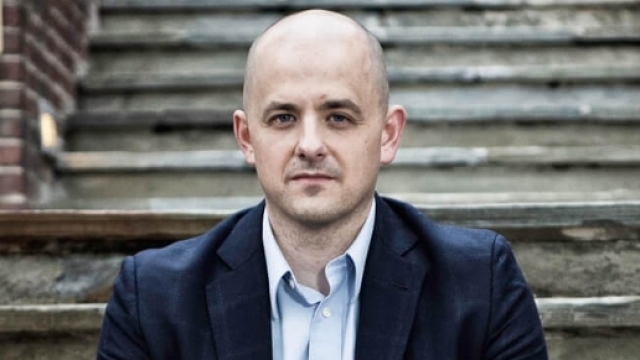 Evan McMullin is a conservative who has openly opposed Republican nominee Donald Trump.

He could win the state of Utah in this year's presidential race, yet many people may not have heard of him.

SEE MORE: Evan McMullin Isn't So Sure Gary Johnson Is Serious About Debating

The 40-year-old announced his candidacy in August, saying, "It's never too late to do the right thing." Since then, he's picked up support across the country, especially in Utah.

A recent poll of likely Utah voters shows him at just four points behind both Donald Trump and Hillary Clinton. And with more allegations of unwanted sexual advances by Trump surfacing, those numbers could continue to climb if religious voters back away from supporting Trump.

McMullin's a conservative who has been vocal in his opposition of Trump and Clinton. And in a state where some well-known politicians aren't supporting Trump, McMullin seems like a viable alternative.

McMullin's somewhat of a hometown candidate. He was born in Utah and got his bachelor's degree from Brigham Young University. He's Mormon and that plays well in the majority-Mormon state.

He has experience in Washington, where he served as the chief policy director of the House Republican Conference.

Pair that with his experience as a former CIA counterterrorism operations officer and investment banking associate, and his resume is pretty broad.

Utah has six electoral votes up for grabs. That doesn't sound like a lot, but based on RealClearPolitics' estimate, Trump would need every Republican-leaning state and nearly all of the toss-up states to secure the 270 electoral votes needed to win.