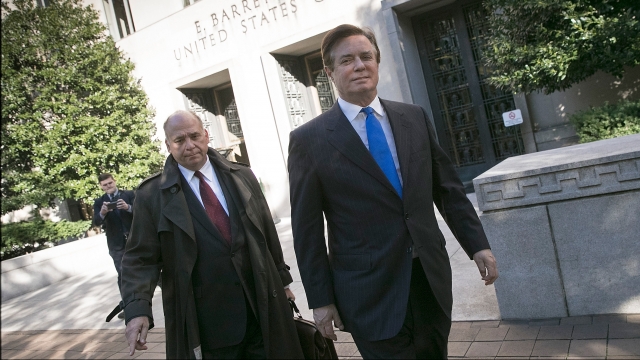 Those charges are linked to money laundering, his foreign lobbying for Ukraine, and witness tampering.

But Manafort's lawyers said their client should be granted leniency, downplaying the seriousness of his actions as "garden-variety crimes." They also claimed Mueller only prosecuted Manafort because he was "unable to establish that Mr. Manafort engaged in any Russia collusion."

Earlier this month, a different judge in Virginia sentenced the president's former campaign chairman to 47 months for bank and tax fraud convictions.