Fake Threats Of Imminent School Violence Are Getting More Common 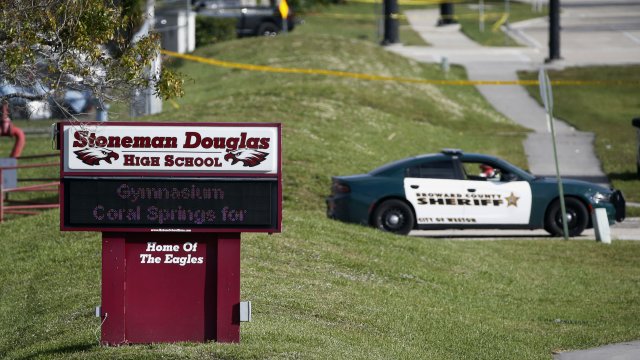 Education experts say false threats of school violence are happening more and more across the country.

It’s the call every parent fears: something bad is happening at their child’s school.

In one case earlier this month in Kenosha, Wisconsin, there was no threat to students — it was a hoax by someone calling in a fake report of an active shooter in a high school. The hoaxes, sometimes called ‘swatting,’ are something education experts say is happening more and more across the country.

The Associated Press says since June there have been threatening calls to about 250 colleges, 200 high schools and several junior high schools that falsely report imminent danger to students, whether from explosive devices or from a gunman.

FBI sources tell the AP that investigators believe some of the calls are coming from outside the United States.

But oftentimes it’s a student. And kids getting accused can get themselves in grown up trouble.

Charges For Michigan Students Who Made Copycat Threats

A Michigan prosecutor charged nine students, ages 12 to 14, for threats allegedly made against six school districts following a recent shooting.

Judge John Zakowski of the Brown County Wisconsin Circuit Court has had a number of juveniles from the Green Bay area before him on threat charges.

"It's a serious situation that we're facing and so many schools being disrupted," Zakowski said. "But you have to be careful. You have to be vigilant."

Macomb County Wisconsin prosecutor Peter Lucido sent out a letter reminding students they will be punished if they are caught making threats and that a charge of terrorism can carry a 20 year sentence. Lucido also warned parents  that they could be billed for the cost of county and local government resources.

And there’s an emotional cost to the school threats as well: the stress and fear that comes with even a fake risk of violence.