Republican Effort To Repeal Obamacare With No Replacement Falls Flat 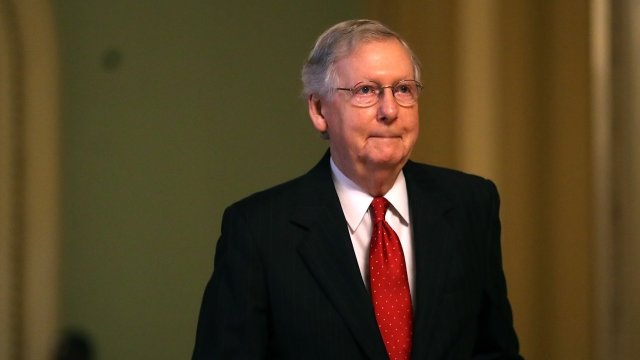 The Senate bill was voted down 55-45, mostly because many senators refused to take away health care with no replacement.

The day after the Senate voted to move forward with the GOP health care plan, the first attempt at repealing Obamacare has fallen short.

Senators voted 55-45 against a measure that would just repeal the Affordable Care Act by the end of 2018, which would theoretically give Congress time to work out a replacement option.

With The Clock Running, Senate Health Care Bill Has A Long Way To Go

But that was a leap of faith some senators weren't willing to make. Tennessee Republican Lamar Alexander wrote: "Pilots like to know where they're going to land when they take off, and we should too."

The current push to repeal Obamacare needed a tiebreaker from the vice president just to reach debate. Some of those who voted in favor of discussion denounced the bill itself.

It appears that the next attempt to overhaul health care will be the so-called "skinny repeal." It would take away the individual and employer mandate, which requires that people either get insurance or pay a penalty.

That doesn't repeal Obamacare entirely, but it pulls a key requirement that makes it work. That could result in an estimated 15 million Americans losing insurance in the next 10 years. That vote will likely happen Friday.