Gregory McMichael Lawyers: New Evidence To Be Revealed In Court 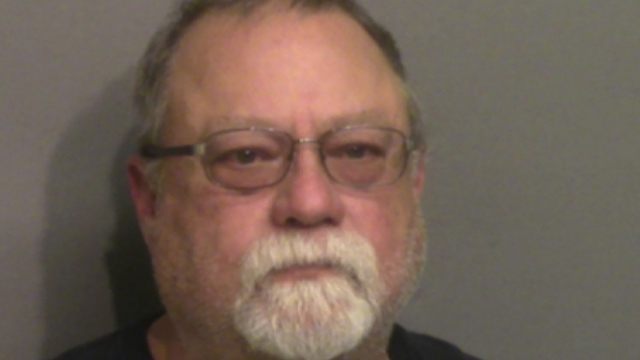 Lawyers for Gregory McMichael say they won't reveal evidence outside of court.

Attorneys for Gregory McMichael said Friday they have new evidence that tells a different story from a video that surfaced online last week. But the lawyers are declining to reveal that evidence until they are in court.

Attorney Frank Hogue said in a press conference: "We don't try our cases on the courthouse steps, or even in front of our office building. We try them in the courtroom. But we invited you here today in order to implore you in the interest of the public to show the respect for our process of criminal law — the respect that it deserves to allow this case to unfold in the courtroom over time until the whole truth comes out."

McMichael and his son Travis face murder and aggravated assault charges. Georgia prosecutors arrested the two men last week after a video emerged of them pursuing, shooting and killing a black man, Ahmaud Arbery, in February. They say they believed he was a burglary suspect. Now, more than two months later, the state is investigating potential misconduct by at least four district attorneys connected to the case. And the U.S. Justice Department is deciding whether it will file hate crime charges against the McMichaels.

Gregory McMichael's lawyers said that while Arbery's death was a tragedy, the "how and why" of this case can't be "shoehorned" into the narrative shown in that video. The comments echoed statements from attorneys for Gregory McMichael's son made the day before.

Travis McMichael's attorney Robert Rubin said Thursday: "No matter how you look at this case, a young man has died, and that is always a tragedy. And that is at the forefront of our minds as we proceed down this road. But that does not mean that a crime has been committed."

Lawyers for Arbery's family released a statement Thursday saying they agree there shouldn't be a rush to judgment, but that they wish Travis McMichael "had provided that same presumption of innocence to Ahmaud Arbery before chasing and killing him."

Gregory McMichael's lawyers say a preliminary hearing and a bond hearing will be scheduled soon.