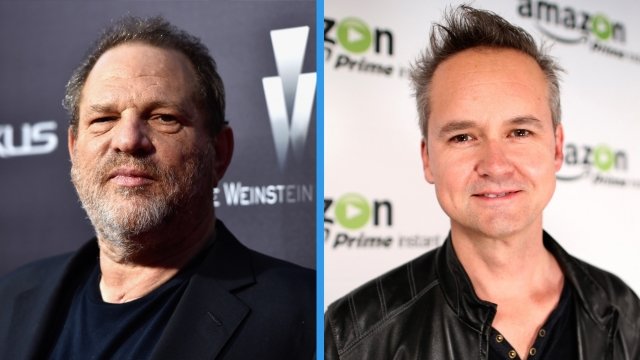 Bob Weinstein, Harvey's brother and current co-chairman of The Weinstein Company, has also been accused of sexual harassment.

The Weinstein Company and Amazon Studios are parting ways with their high-profile leaders following accusations of sexual misconduct.

As of Tuesday afternoon, at least 43 women had accused the film mogul of sexual harassment or assault.

Harvey Weinstein Kicked Out Of The Motion Picture Academy

More than two-thirds of the Academy of Motion Picture Arts and Sciences Board of Governors voted to permanently expel him.

Now, Bob Weinstein, Harvey Weinstein's brother and the current co-chairman of The Weinstein Company, has also been accused of sexual harassment. Representatives told Variety that Bob Weinstein denies the accusation, but that denial may not be enough to help his company.

Earlier this month, news outlets reported The Weinstein Company would change its name.