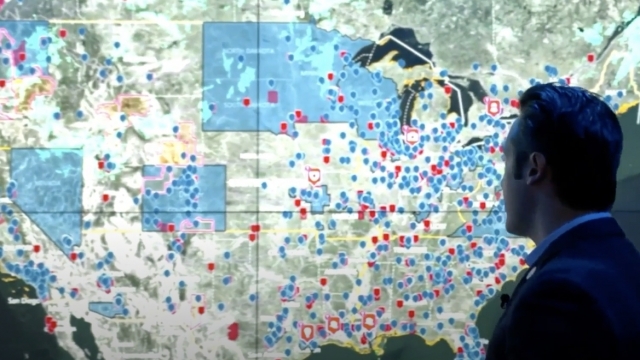 A group of analysts is identifying and addressing threats to Jewish communities across the U.S. each day.

Reports of a rise in antisemitism across the U.S. are sparking growing concerns in the Jewish community.

"We are not going to choose the time and place of the next incident," said Michael Masters, national director and CEO of Secure Community Network, or SCN. "We can choose our preparation, and that's what we have to do."

For the SCN, a Jewish safety and security organization, that preparation requires seeing the big picture. In Chicago, a team of SCN analysts working to identify, monitor and address threats to Jewish life nationwide uses a map to help them. 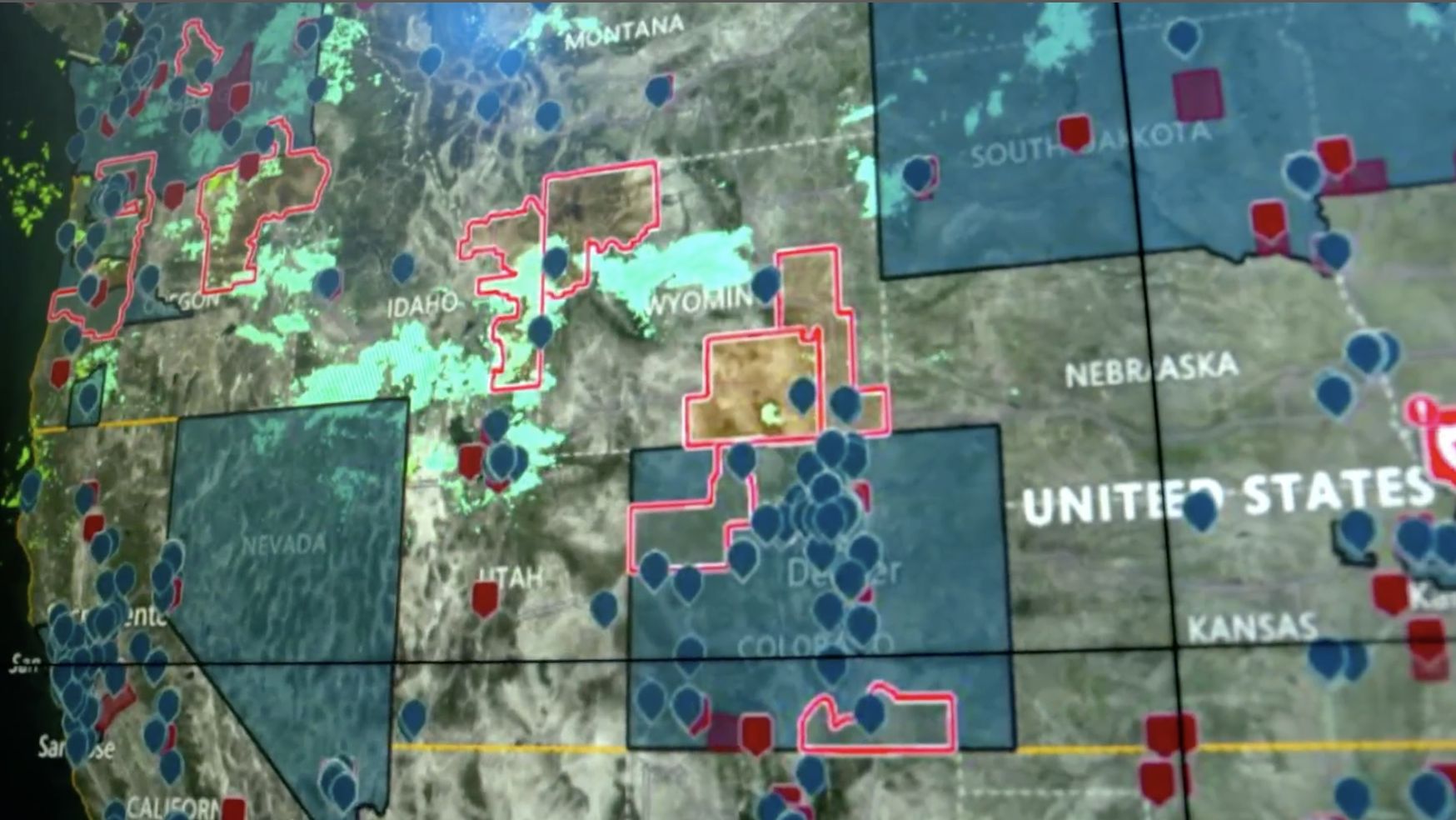 At the SCN's Jewish Security Operations Command Center, or JSOC, the map gives analysts a look at around 12,400 Jewish facilities, represented by blue dots. A red paddle will pop up if the SCN foresees a "risk event," which can range from weather threats like snowstorms and hurricanes to antisemitic criminal acts.

"In the last six months, we've looked at over 227,000 risk events, approximately 4,400 of which have touched a Jewish community, and every single day, we are identifying individuals that are making threats or that are actually undertaking events," Masters said.

Using the data collected, SCN then works with law enforcement and local Jewish leaders to respond to potential and active threats.

"Our job and the job of... the security professionals and law enforcement is to go after them and stop them before they can stop us," Masters said.

The organization says it looks for threats in places large and small.

"Fundamentally what we're trying to do is create a proactive security shield over the entirety of the Jewish community in North America," Masters said. "The thing about a shield is any chink in that shield is a weakness. So, it needs to be as comprehensive, complex and formidable in our largest cities as in our most rural communities."

"This past year to date, we have trained over 37,000 members of the community in everything from situational awareness to how to deal with an active threat to stop the bleed," Masters said. "They need to feel like they have a tool set that when something happens, they can commit to action for themselves and their loved ones."

For the Jewish community in the U.S., safety measures are becoming increasingly common.

"When I go to my synagogue on Saturdays, there are now two off-duty Chicago police officers who are guarding the services and the entrance to the synagogue," said Larry Yellen, a Chicago journalist. "Twenty years ago, they weren't there, and now as a result of various antisemitic acts in the Chicago region, synagogues need security."

Yellen has witnessed firsthand the rise of antisemitic incidents. In November near Chicago, the headstones of family and friends were vandalized in a Waukegan, Illinois, cemetery.

"Three Yellen headstones had been defaced with red, bright red swastikas painted on them, and all together, police said 16 swastikas were painted and another 20 or so headstones were just tagged with red paint," Yellen said.

Yellen, a retired Chicago TV reporter, says it's important that incidents are documented — warning that without tracking, antisemitic incidents will only grow in number.