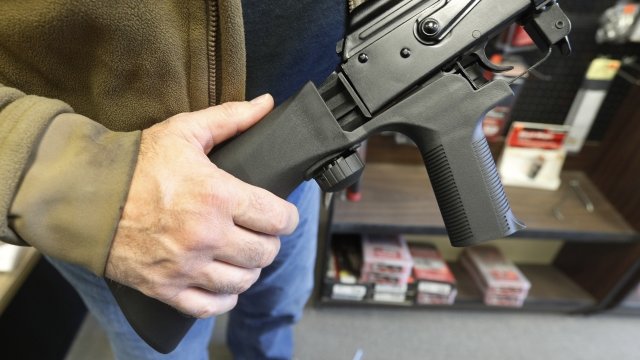 The Justice Department submitted a proposal that would bar the possession, sale and manufacturing of the gun accessory.

The Trump administration took a big step toward banning bump stocks — a device that allows a semi-automatic firearm to fire more like a fully automatic weapon.

The Justice Department submitted a regulation proposal that would classify bump-stock-type devices as machine guns. The proposal would bar the possession, sale and manufacturing of the gun accessory.

This may not come as a shock — President Donald Trump directed Attorney General Jeff Sessions to propose regulations following the February school shooting in Florida that left 17 people dead.

Bump stocks were not used in that shooting, but they were used in the Las Vegas concert shooting last year that left 58 people dead.

The Office of Management and Budget still needs to approve the proposal.