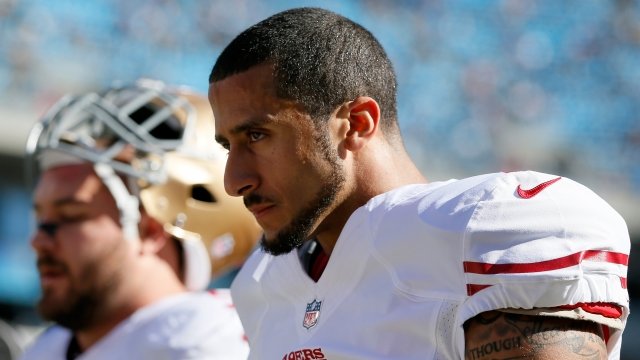 According to a report from Yahoo Sports, the goal is to get President Donald Trump, Vice President Mike Pence and other officials to testify.

Colin Kaepernick's legal team will reportedly seek federal subpoenas in his grievance case against the NFL.

According to a report from Yahoo Sports, the goal is to get President Donald Trump, Vice President Mike Pence and other officials to testify.

Sources told Yahoo Kaepernick's lawyers want to "dive into the administration’s political involvement with the NFL during Kaepernick's free agency and the league's handling of player protests."

President Donald Trump said the Philadelphia Eagles are no longer coming to the White House on Tuesday.

Kaepernick filed the grievance against the NFL last year. It accuses all 32 teams of colluding to keep him out of the league.

He opted out of his contract with the San Francisco 49ers in March 2017 and hasn't played for an NFL team since.

Kaepernick was one of the first players to kneel during the national anthem to protest police brutality and racial inequality in the U.S.