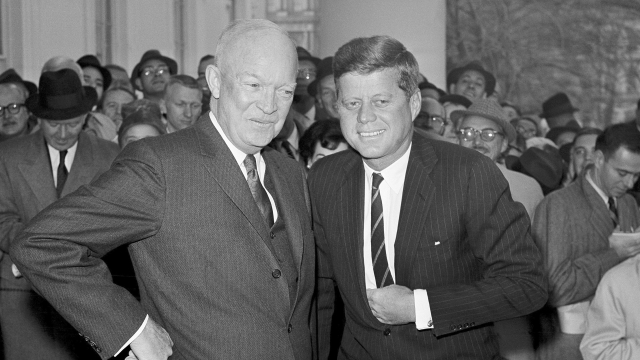 What really happened in Dallas, Texas, the day John F. Kennedy was killed? Many think the answers are in a trove of records the CIA and other agencies have kept secret.

New York Attorney Larry Schnapf filed a lawsuit against President Joe Biden and the National Archives in October. He is calling for the release of all classified information, some 16,000 documents.

"We understand from sources within the national archives that there's going to be a significant release but the CIA is still requesting records to be postponed. So we'll find out on Thursday how many records are going to be released," Schnapf said. "I don't think anyone thinks there's going to be a smoking gun that's released. That's going to answer the question about who killed the president. Because, you know, if there was a conspiracy, say, amongst rogue elements of the CIA, they would not have put anything in writing."

NEWSY'S SASHA INGBER: There are a lot of conspiracy theories that have formed around the secrecy of this. Do you think that's justified?

LARRY SCHNAPF: I think the failure to release the records has contributed to many of the conspiracy theories. But we do think that at the least, the CIA may be hiding evidence that they had an operational interest in Lee Harvey Oswald — the alleged assassin of the president, prior to the assassination. At the very least, they were aware of him. And if, in fact, he was the alleged assassin, perhaps they could have, you know, stopped him.

New Documents Relating To JFK's Assassination Could Be Released

Will we finally learn what actually happened in Dallas on Nov. 22, 1963?

He’s especially interested in the Joannides files. They concern a deceased CIA officer who allegedly oversaw the training of a group of anti-Castro Cubans, before the disastrous Bay of Pigs invasion, when Kennedy insisted the CIA modify its plans to disguise U.S. involvement.

"There’s a possibility that the CIA in particular may have had an interest in Oswald and that the reason that they held back records is because it would be embarrassing for them if that information came out," Schnapf said.

The chairman of the now-expired assassination records review board last week also requested the documents be released to help restore faith in the government writing, "Mr. President, it is long past time to come clean." He said most government informants named in the documents are likely no longer alive. And he especially wants the release of a KGB file on Oswald.