MLK Jr.'s family reflects on his legacy, goals for our nation 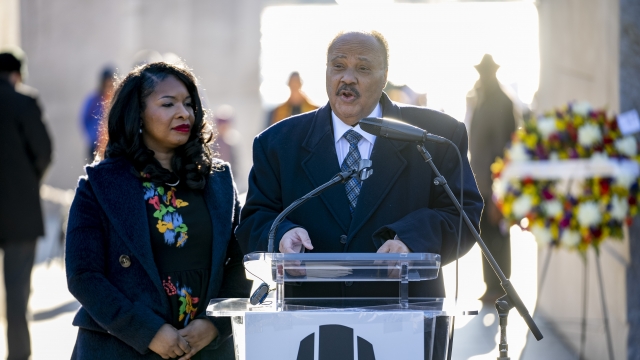 In Washington Monday, members of the King Family recalled their father's goals to eradicate the "three evils": poverty, racism, and violence.

"Martin Luther King Day is not a holiday," Sharpton said. "For those that struggle for social justice, it's a holy day."

In Washington Monday, members of the King Family recalled their father's goals to eradicate the "three evils": poverty, racism, and violence.

"The question becomes, 'Have we achieved the dream?' The reality is: Absolutely not," King said. "We have to keep working to save our children ... There's too much killing in our nation."

President Biden joined in on those calls, touting gun legislation passed after a mass shooting at a Buffalo grocery store last year that killed 10 Black people.

'Letter from Birmingham Jail': The injustice of silence

"I am going to get assault weapons banned…there is no social redeeming value," he said.

The president also pushing against restrictions on abortion.

"We got to stand together, including protecting a woman's right to choose," he continued.

That sentiment was echoed by one of this year's honorees, Arndrea Waters King, who is the wife of King III and president of the Drum Major Institute.

"It's a place where guns are regulated and not my body," she said.

Waters King also set the group's agenda for the year, including calls for gun legislation and LGBTQ rights.

All of this lays the path for a "march," if you will, towards August. That's when many of these same faces will gather again to reflect on the 60 years since the March on Washington.