North Korea's Missile Program Is Progressing Faster Than We Thought 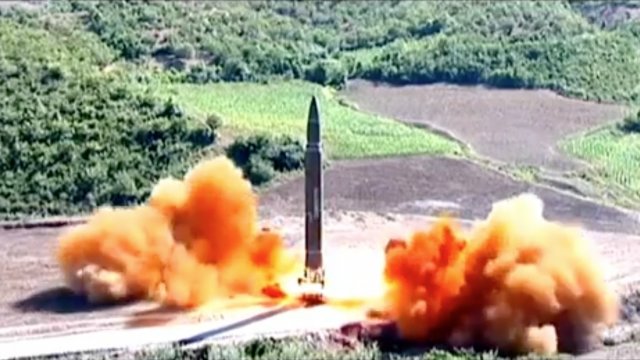 U.S. intelligence agencies say North Korea could build a reliable nuclear-capable missile in the next year.

North Korea could have a nuclear-capable intercontinental ballistic missile as early as 2018, according to a report from The Washington Post.

The news outlet says it got the information in a confidential assessment from the Pentagon's Defense Intelligence Agency.

In a follow-up story, The New York Times says a North Korean missile might even be able to hit the continental U.S., but that would be a huge leap from earlier estimates.

Some analysts think that missile had the range to hit Alaska.

Since the beginning of 2017, the North has conducted nearly a dozen other missile tests that we know of.

The U.S., Japan, China and South Korea have been trying to figure out how to deal with North Korea's actions. The U.S. House of Representatives voted this week to sanction North Korea, along with Russia and Iran.

CIA Director Mike Pompeo said last week that he's "hopeful" the U.S. can take the reins away from Kim Jong-un and his nuclear program.

In response, North Korea threatened a nuclear strike on the U.S. or any other country that tries to remove Kim.