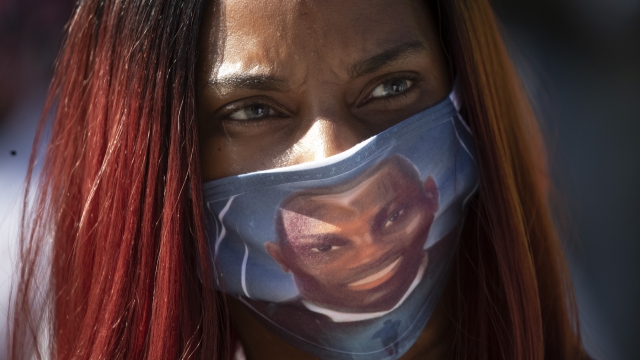 In the wake of the Ahmaud Arbery killing, the group said Tuesday the two counties' court systems have a history of "racial bias."

The NAACP of Atlanta called for Georgia's Glynn and Waycross counties to be investigated following the shooting death of Ahmaud Arbery.

The group said during a press conference Tuesday the court systems in the two counties have a history of "racial bias" and need to be probed for their "history of inequality in the criminal justice system."

The calls for justice follows the death of Arbery, an unarmed black man who was killed in Glynn County by a white father and son in February while jogging through a neighborhood.

The father, Gregory McMichael, said in a police report he believed Arbery looked like a robbery suspect and he and his son, Travis McMichael, armed themselves and confronted the jogger.

The case passed through at least two district attorneys and no arrests were made until two months later — when video of the altercation went viral, sparking public outrage. Both McMichaels have since been arrested and charged with murder and aggravated assault.

Chris Stewart, an attorney for the Arbery family, said: "All too often... African Americans get justice by video. And that is not just immoral, improper and illegal. That is not justice. Why is it wrong for a family to demand justice when their child has been shot by a shotgun, unarmed?"

The NAACP said in a press release they would be investigating cases of black victims in the county court systems from the past 20 years, according to First Coast News.