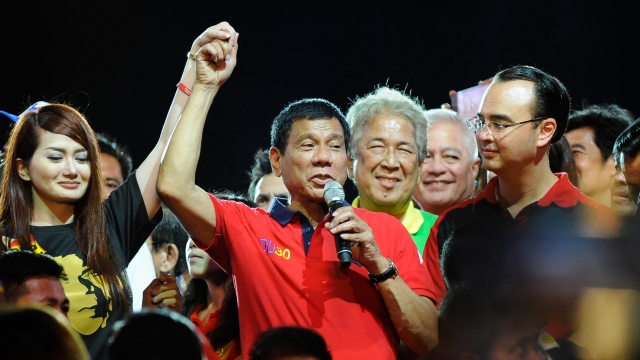 A planned meeting between President Barack Obama and Philippine President Rodrigo Duterte turned into an international spat after Duterte had some choice words about America's foreign policy.

Obama and Duterte are both scheduled to attend the Association of Southeast Asian Nations conference, and Duterte's recent criminal justice reforms are expected to be a hot topic of conversation.

Before he was elected, Duterte promised he would allow regular citizens to take up arms and kill any drug dealers they found. As mayor of Davao City, he even admitted he took part in the extrajudicial killings.

"I must admit I have killed. … Three months early on I killed about three people," Duterte said in an interview.

Killing someone without a trial is obviously concerning, especially when it's for nonviolent drug offenses. Obama was expected to discuss that policy with Duterte during a meeting, but the Philippine president made it clear he isn't interested in listening.

When a reporter asked what he would say if Obama criticized that policy, he responded, "I am no American puppet. I am the president of a sovereign country and I am not answerable to anyone except the Filipino people. Son of a bitch, I will swear at you."

Usually, world leaders are bit more tactful toward each other. But this shouldn't be all that surprising since Duterte used the same choice words to describe the pope while running for election in the majority Catholic country.

After hearing about Duterte's remarks, the National Security Council announced Obama would meet with South Korean President Park Geun-Hye instead.

Obama simply shrugged off the comments.

"I have seen some of those colorful statements in the past, so clearly he's a colorful guy," Obama said.