Obama Sets The Latest Round Of North Korea Sanctions In Motion 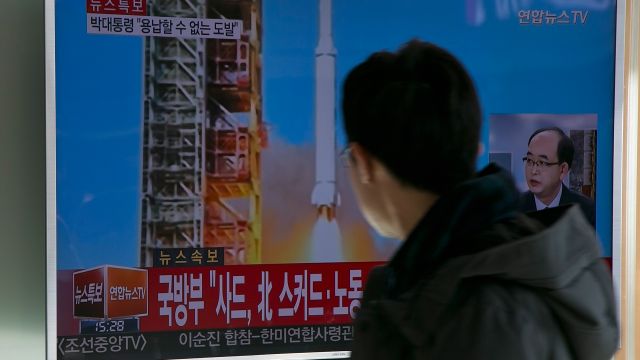 The executive order allows the U.S. government to act on economic sanctions against North Korea.

The order allows the U.S. government to act on economic sanctions previously agreed upon by Congress and follows some of the strongest sanctions ever imposed by the United Nations.

While the sanctions probably won’t hurt day-to-day life for most North Koreans, the White House hopes they will hurt North Korea’s nuclear program.

The way to do that? Target the mining, energy, transportation and banking industries that help make those supposed nuclear weapons.

Obama’s order went into effect the same day North Korea announced it sentenced a U.S. college student to 15 years of hard labor in prison after he allegedly stole a regime propaganda sign.

In response to that sentence, White House spokesman Josh Earnest said, "It is increasingly clear that the North Korean government seeks to use these U.S. citizens as pawns for a political agenda."

This video includes clips from Korean Central Television and United Nations and images from Getty Images.