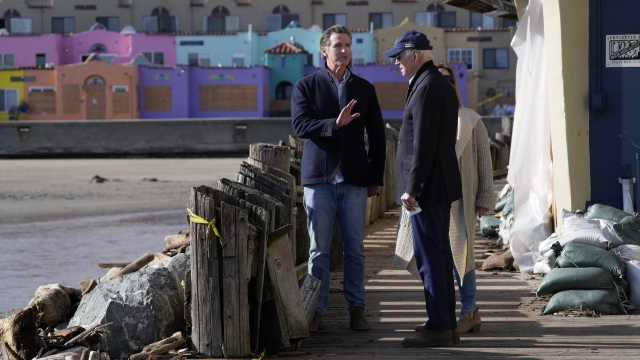 President Joe Biden was in California Thursday, promising all the federal help he can muster to aid the state's cleanup from deadly storms.

Up and down the state's coastline and for miles inland, floods and mudslides have upended lives and destroyed or damaged homes.

"We just finished remodeling the house, so it's hard to see it all go, and we'll have to start again," said Marjorie Cruz, whose home was damaged by a mudslide.

Fresh satellite images from Maxar show how much water rushed into coastal and inland communities. 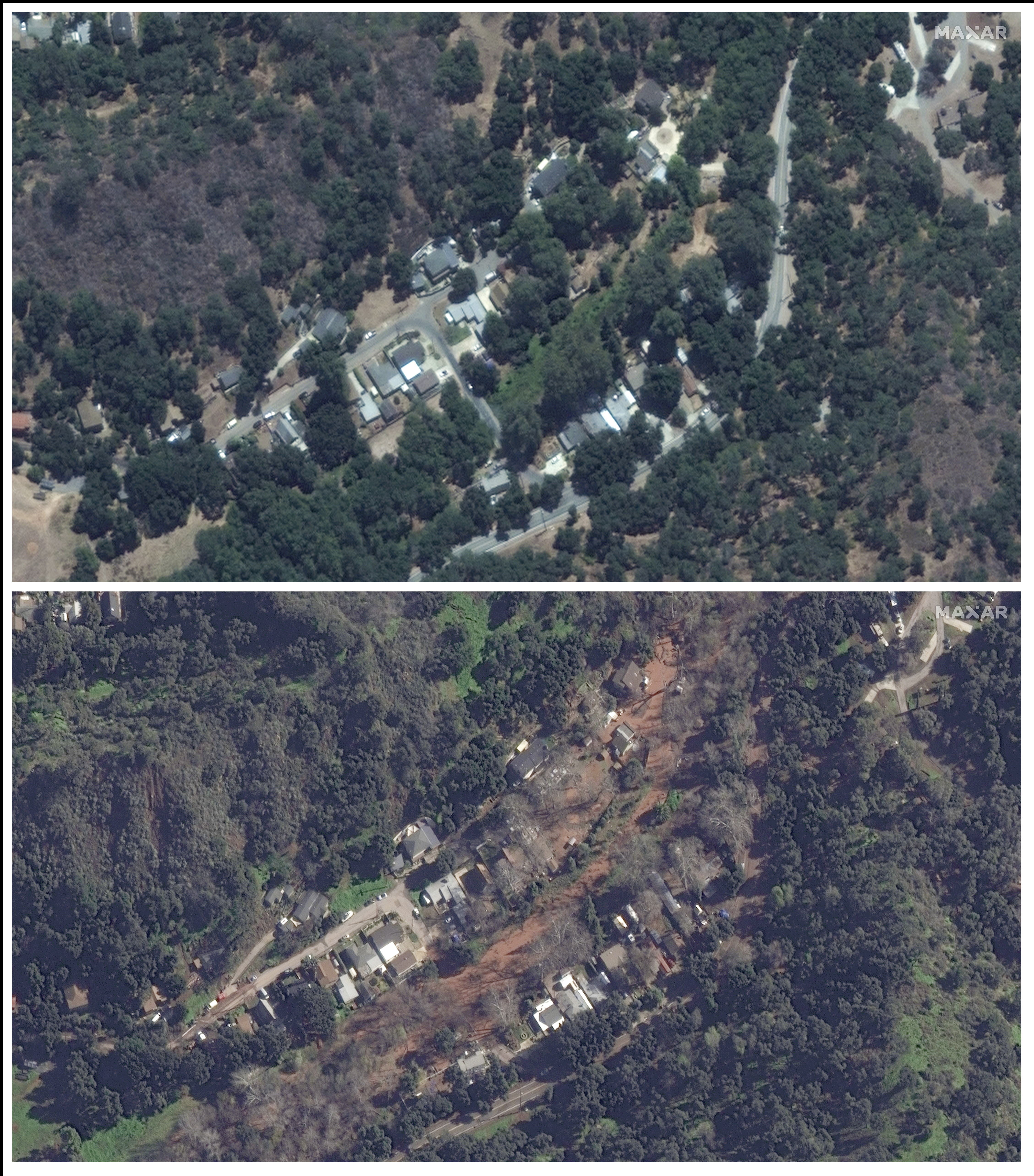 Damage assessments have already begun, and they're expected to top out at well over $1 billion. The president has already approved a federal disaster declaration, ensuring federal money can help assess the damage, clean it up and repair it.

While the storms have helped ease California out of the worst of a harsh, years-long drought, the bigger picture is more complex.

"We still have to push harder for conservation, for water efficiency and ways to use water more wisely," said John Berggren, senior water policy analyst at Western Resources Advocates.

The Colorado River Basin — which feeds Lake Mead, a critical water supply for the West — is looking at excellent snowpack in the Rocky Mountains, but things can change.

"We are almost on track with where we were last year at this time," Berggren said. "If you remember from now until end of February, we did not get much precipitation in the upper Colorado River Basin, and our snow pack kind of stalled out."

It's a reality prompting discussions among the local leaders the president met with Thursday about how to better capture and conserve water for drier months — a plan California needs to execute on as the state's storms get more extreme.