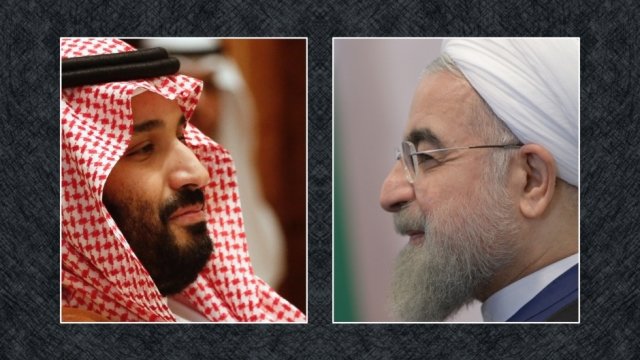 A failed missile strike on Saudi Arabia's capital city has stressed tensions between the kingdom and Iran.

Yemen's insurgent Houthi government said it launched a ballistic missile at Riyadh, which was shot down by Saudi forces before reaching the city's international airport.

The Saudi government called the move an "act of war" and pointed a finger at Iran. The royal family has long blamed Iran for backing its fellow Shiite Muslims in Yemen and said this missile was the work of Tehran.

Shiite Houthi rebels took control of the majority-Sunni Yemen in 2015. Saudi Arabia is leading a coalition of Arab and Western powers against the insurgents.

Tehran denied accusations it was behind the attack. Iran and Saudi Arabia have been engaged in proxy wars in Yemen and Syria. The two nations are also vying for political soft power in Qatar, Iraq and Lebanon.

Crown Prince Mohammed bin Salman, son of King Salman, has stepped up Saudi's efforts against Iran's influence in the Arab world after being named the next in the Saudi line of succession. Lebanon Prime Minister Saad al-Hariri resigned this weekend during a trip to Saudi Arabia, a move increasingly seen as having been orchestrated by the Saudi government. Hariri was locked in a power struggle between his Sunni coalition and Hezbollah, a Shiite political party and paramilitary force that shares governing power in Lebanon. Hariri claimed Iran was interfering with Arab states with the help of Hezbollah.

Many saw the move as a way to concentrate power under the king's son and successor.

A Saudi official said the kingdom reserved the right to respond to aggressions with force but didn't specify what measures — if any — would be taken against Iran.