A Senator Who Was There Insists Trump Said 'Shithole Countries' 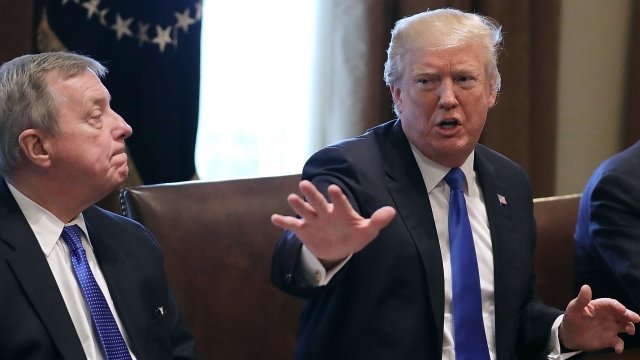 "But I cannot believe that in the history of the White House, in that Oval Office, any president has ever spoken the word that I personally heard our president speak yesterday. You've seen the comments in the press. I've not read one of them that's inaccurate," Durbin said.

The nations President Donald Trump reportedly referred to as "shithole countries" are responding to his remarks.

Trump claims he didn't specifically say, "Why are we having all these people from shithole countries come here?" Durbin insists not only did Trump use the expletive, but he said it multiple times.

Without a recording, we can't know for sure who is telling the truth. Republican Sen. Lindsey Graham was reportedly also in the room, but as of late Friday morning, he hadn't made any comments on the meeting.