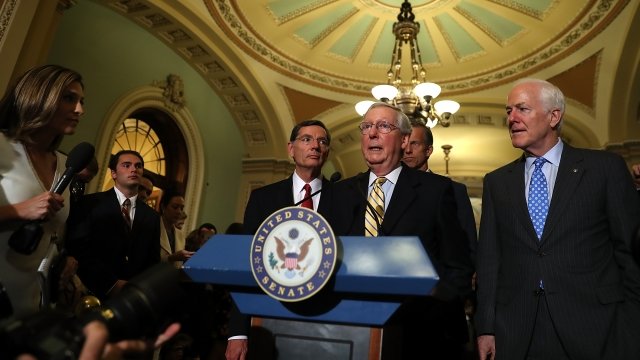 A "skinny repeal": That's the latest phrase out of the U.S. Senate as Republicans try to pass health care reform.

The Senate officially started debating the issue Tuesday. As of Thursday morning, there have been five roll call votes on various measures. All five measures have failed.

Now the GOP is turning its attention to what it's calling a "skinny repeal" of the Affordable Care Act.

But here's the thing: We don't know exactly what that looks like. Most reports say it would eliminate the individual mandate and the employer mandate laid out in the ACA.

The Congressional Budget Office estimates the "skinny repeal" would increase the number of uninsured people by 16 million within the next decade. And next year, premiums could increase by about 20 percent.

There are now over 100 proposed amendments for senators to consider. They're expected to vote on a flurry of them in what's called a "vote-a-rama" on Thursday.