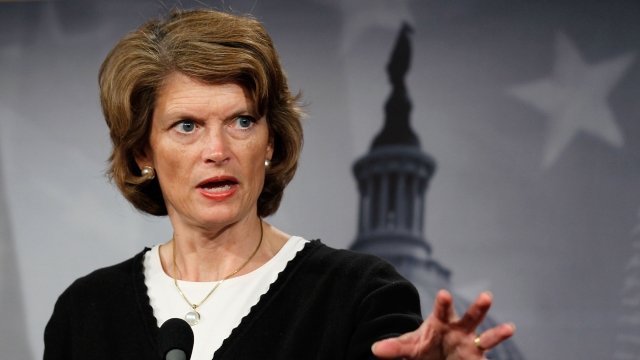 Alaska's senators say they're concerned for their state after the Trump administration reportedly threatened to retaliate over the failed health care reform bill.

Sen. Dan Sullivan of Alaska said Interior Secretary Ryan Zinke called to tell him the administration could hamstring some of the state's initiatives for economy and jobs because Sen. Lisa Murkowski, also from the state, broke with the GOP on recent votes.

Sullivan told the Alaska Dispatch News, "I fear that the strong economic growth, pro-energy, pro-mining, pro-jobs and personnel from Alaska who are part of those policies are going to stop."

Murkowski reportedly got a similar call but didn't comment for that story. The outlet says the Department of the Interior didn't respond to requests for comment, either.

Alaska has a lot of land and natural resources that Interior Department policies could affect. The federal government owns more than 60 percent of the state's land.

The department could also nix a proposed road through the Izembek Wildlife Refuge that would allow residents of a rural village to get to a nearby hospital.

The call from Zinke reportedly came after President Donald Trump tweeted that Murkowski "really let the Republicans, and our country, down yesterday. Too bad!"

Murkowski said she voted "no" because the bill should "go through the committee process where stakeholders can weigh in and ideas can be vetted in a bipartisan forum."

Murkowski and Maine's Sen. Susan Collins have consistently broken with their GOP colleagues on the health care vote. It's unclear why Murkowski was the one who drew Trump's attention.

Researchers were scared about a data purge to fit the president's rhetoric.

That vote ended in a 50-50 deadlock. Vice President Pence cast the tie-breaking vote to move the motion forward. The vote to repeal Obamacare with no replacement failed 55-45 the next day.

He said, "Secretary Zinke's willingness to deliver these threats speaks volumes about his ethical standards and demonstrates that Interior's policy positions are up for political grabs."