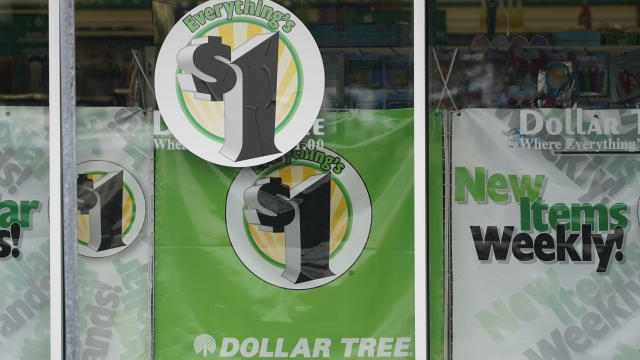 Dollar stores are the fastest-growing food retailers by household expenditure share, according to a new study from experts at Tufts University School of Medicine and the Friedman School of Nutrition Science and Policy.

What does this say about grocery shopping habits?

"On one hand, as people purchase more food from dollar stores and dollar stores don't necessarily sell the most healthful things, people are concerned that does that mean households consume more unhealthy food items at home?" said Wenhui Feng, an author of the study and a professor at Tufts University School of Medicine.

On the other hand, dollar stores do have a price advantage.

Based on the study's findings, the authors have a number of educated guesses as to why there's this increase.

"One possible reason for more people shopping in dollar stores could be that they're maybe filling in the gaps in some of the voids left by grocery stores," Feng said. "Grocery stores have had a consolidation going on in recent years."

The other thought is that the competitive pricing is possibly driving out competition.

Feng said which scenario is dominant is not clear, but these are their educated guesses.

The idea for the study came about when Feng went on a cross-country road trip a few years ago. She noticed while traveling that there were certain stretches with dollar stores as the main option.

"What's interesting is that some of the chains started offering fresh produce, and we're very much looking forward to seeing what that means in terms of the food combinations that people purchase in dollar stores," Feng said.

Although the study was released, Feng said there are still many factors to look into when it comes to dollar store shopping trends.

"There is so much we don't understand yet about what dollar stores mean for the whole population and especially the populations that are historically disadvantaged," she said. "The rural non-Hispanic Black shoppers, those households spend 11.6% of their food budget on dollar stores."

It's not just eggs; other foods are up sharply in price

You may have heard that inflation is down overall this month. So, why are groceries still so expensive?