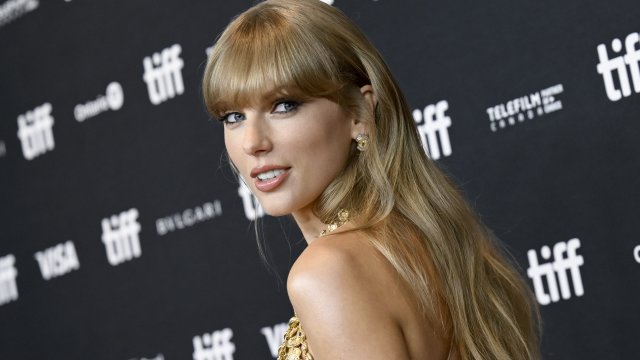 Swift's videos live alongside hundreds of other musicians on the platform — each one vying for the next viral hit.

From Tumblr to Twitter to TikTok, Taylor Swift has been teasing her latest album "Midnights" to millions of her young fans.

On TikTok specifically, the singer-songwriter's album teases are short and casual, but each have garnered upwards of 10 million views from both the general public and the "SwiftTok" fanbase.

But Swift's videos live alongside hundreds of other musicians on the platform — each one vying for the next viral hit.

"Social media is changing from a social-focused platform to a micro-entertainment platform like TikTok, which is fantastic for comedians or specifically, small musicians looking to get a name for themselves," Maryville University Communications Professor Dustin York said.

A survey from TikTok last year found that 75% of users said they discovered new artists through the short-form video platform.

And since the app launched in 2016, TikTok has elevated the careers of artists like Lil Nas X and Olivia Rodrigo. And more recently, artists like Carly Rae Jepsen and Sam Smith have been using the platform to tease their newest releases.

Smith teased just 21 seconds of his newest single "Unholy" this summer, and after it went viral on TikTok, the song reached 10 million Spotify streams in the first 24 hours of its release, and it's held onto the No. 1 spot of the Billboard Global 200 for the past three weeks.

"A lot of times, that's not 100% organic and it might surprise people. It's called 'seeding,' where a musician will say, 'Okay, this is 15 seconds. I think a good dance will come out of it, a skit will come out of it. I will actually pay an influencer to create a piece of content that looks natural.' Just them dancing or a skit that they start in hopes that their followers will see that skit and do their own skit," York continued.

What's profitable for musicians is also profitable for TikTok, so the company builds partnerships with artists, labels and music rights holders to help some songs go viral.

Before the release of her 2020 single "Midnight Sky," pop star Miley Cyrus organized a private listening party with well-known TikTok Influencers to help the song reach their audiences.

Some artists like Halsey have criticized the way labels are focusing on social media to release new music, though some experts say it's just a new form of music promotion — similar to the way music videos on MTV promoted artists in the eighties and nineties.

"Gen X, for example, they leaned into stylized commercials on ABC and ESPN, etc., while millennials and Gen Z really lean into authenticity ... Not in this stylized studio with perfect lighting all the time. No, like, let me see behind the scenes. What are your thoughts? What are your vulnerabilities behind this song? Those are the things that really connect especially millennials and Gen Z nowadays," York said.

Marketing experts have described Taylor Swift's social media strategy as "fan first" and intimate, letting her listeners feel like they're directly interacting with her. The hashtag #SwiftTok has 10.7 Billion views on TikTok.